Sandbox: notion in IT, a closed virtual system in which one is free to let loose.

MŰTŐ will host a three-day event at an unusual location where experimentation is welcome and everything is allowed. It is a tiny universe where real-time efforts collide with virtual ones, where the traditions of performance, happening and action expand and bring about an event where the consumption of art becomes a shared experience. Participants of the festival are artists predominantly from the younger generation who utilize the attitudes of performance art and the toolkit of interactive technologies in an inventive way and present their current understanding of them. 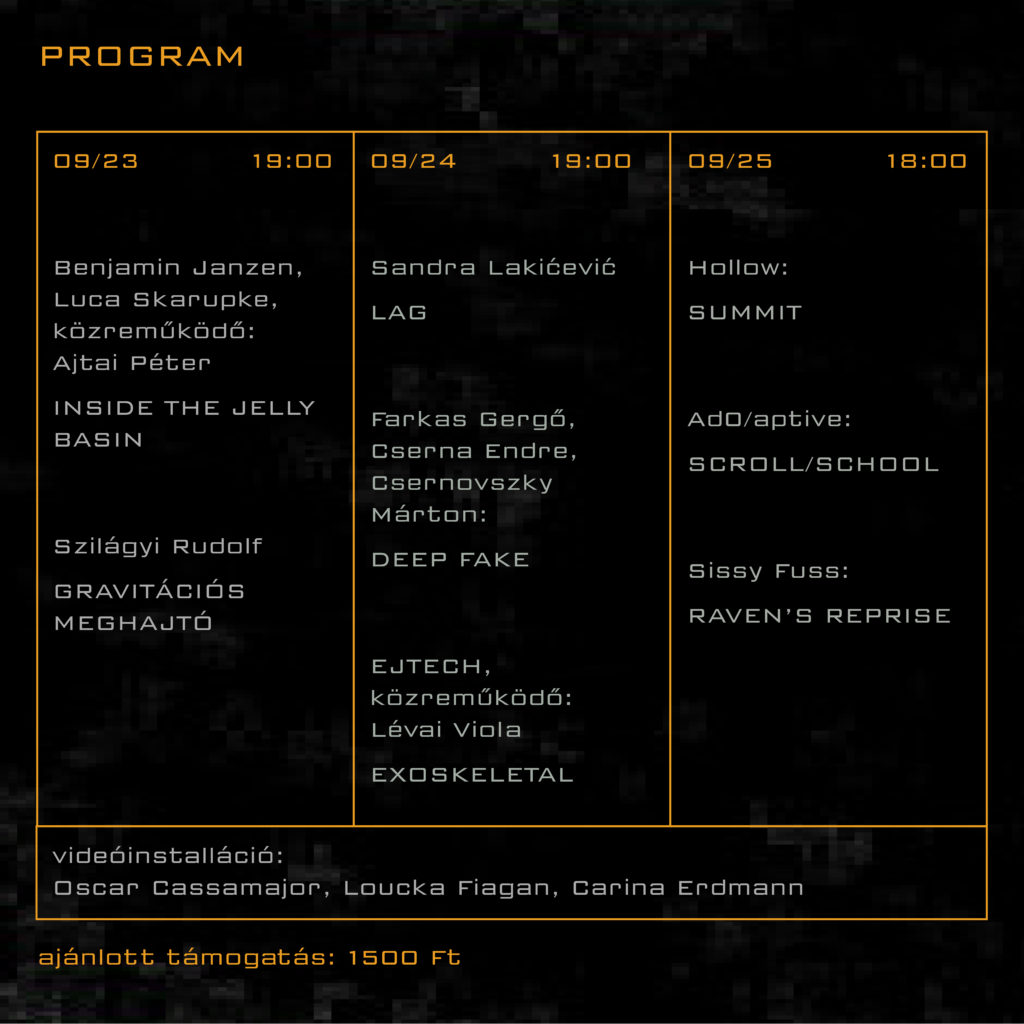 INSIDE THE JELLY BASIN (DE)

Inspired by Donna Haraway, “inside the jelly basin- how Miku became a jellyfish” is an attempt to inject the animated idol star Hatsune Miku into the metamorphic life cycle of a jellyfish. Jellyfish was one of the first complex creatures on this planet and could also be among the last as they benefit from rising temperatures and polluted seas.

The performance focuses on the different dissemination mechanisms, which are surprisingly similar in their virality. Both jellyfish and the animations on the Internet are successful concepts in systems that were largely shaped by human activity. Both are in a permanent process of cloning and modification, which can be controlled individually but not as a whole.

Summit is an immersive performance speculating about dark future scenarios. It was first staged in 2019, before the outbreak of the coronavirus pandemic, foreshadowing the obscure conditions of a planetary event that radically changes life on Earth. Resembling a funeral where melancholia goes viral, it invites the audience for a trip to the land of eternal mourning. As a way of overcoming our fear of the unknown, Summit offers the acceleration of the journey to the inevitable end. In this piece, the Hungarian collective Hollow uses multiple apparatuses to stage a seemingly dystopian reality where drops of unease plunge into the stream of hazy and dark fantasies. They combine dance and role-play with sound and augmented reality to build a gateway between the worlds of those present and the struggling bodies populating the fictional environment of the gathering. What can be learned from the wretched? – the performance leaves such questions open. Instead of reaching the end where the answers could be found, it immerses the audience in the never-ending loop of speculations about what is yet to come. Paralyzed in the process of waiting for the “Future Event” the participants are confronted with the contours of a place where the dominant regimes of the present could lead us. 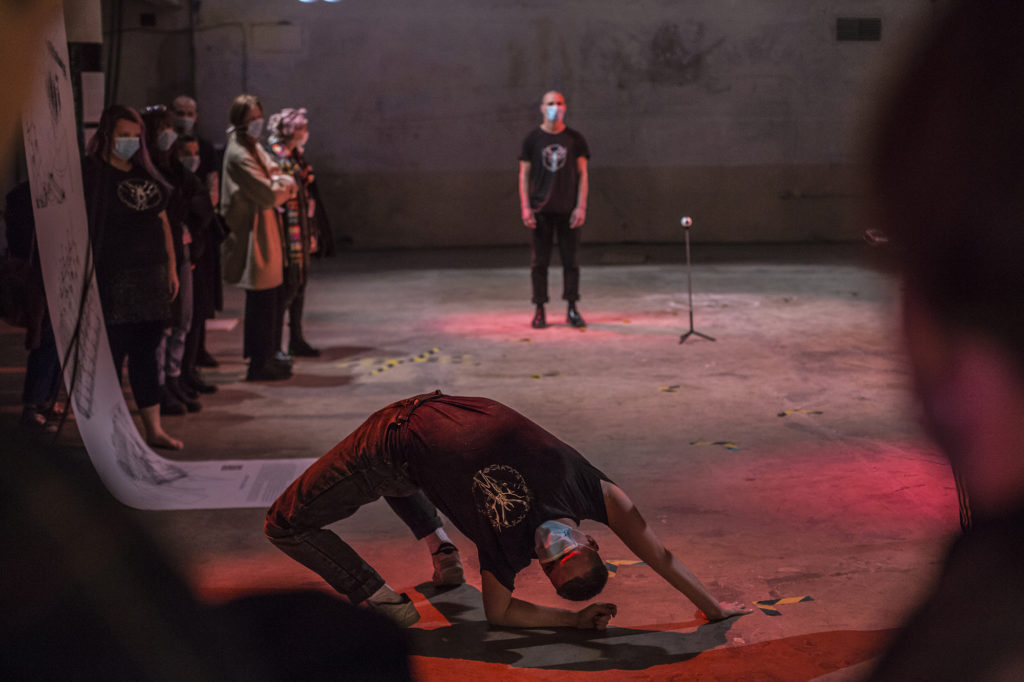 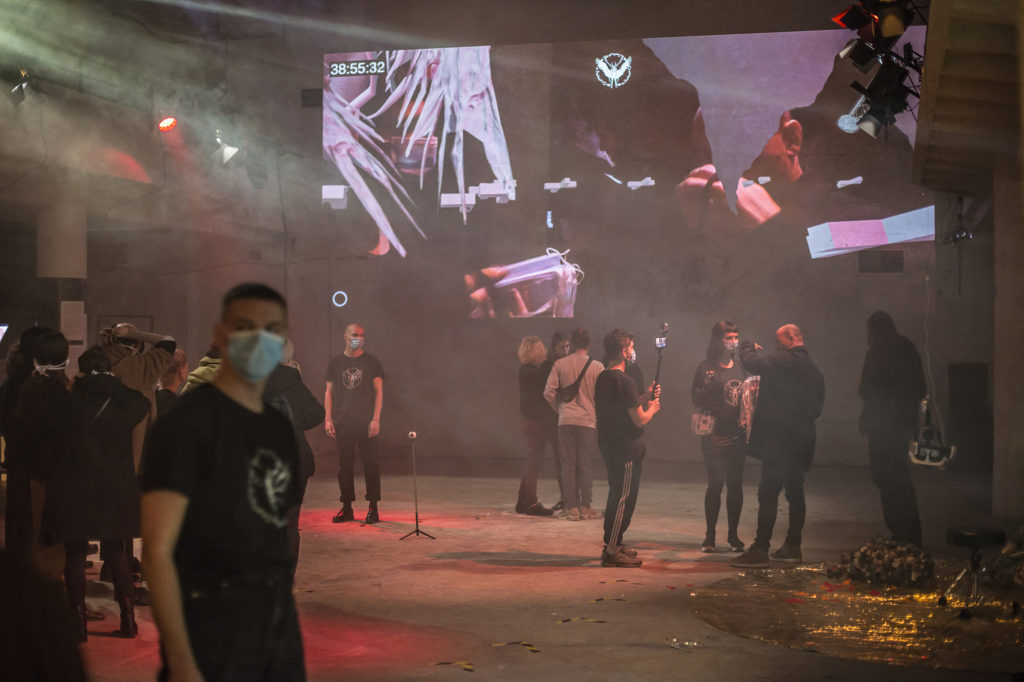 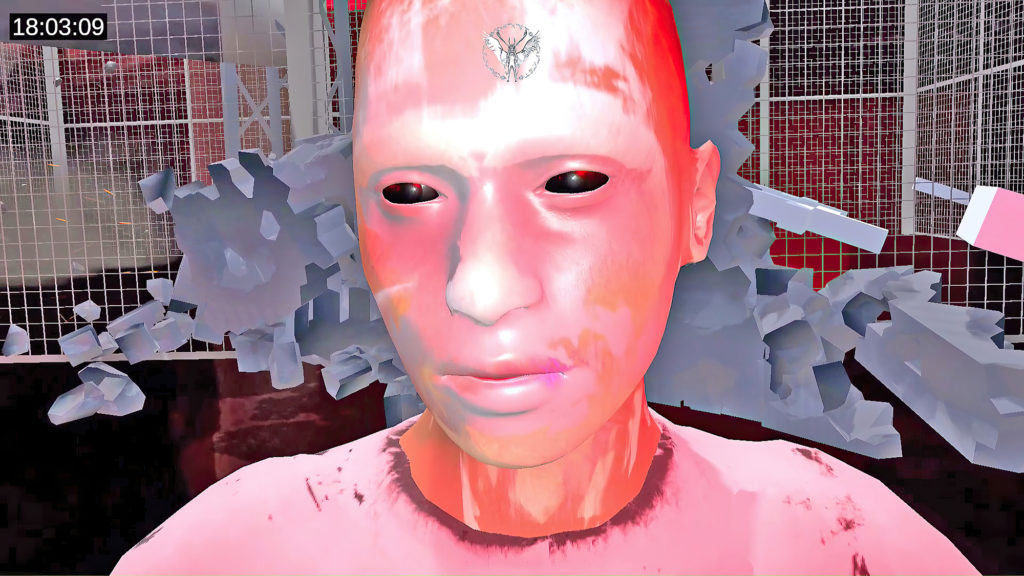 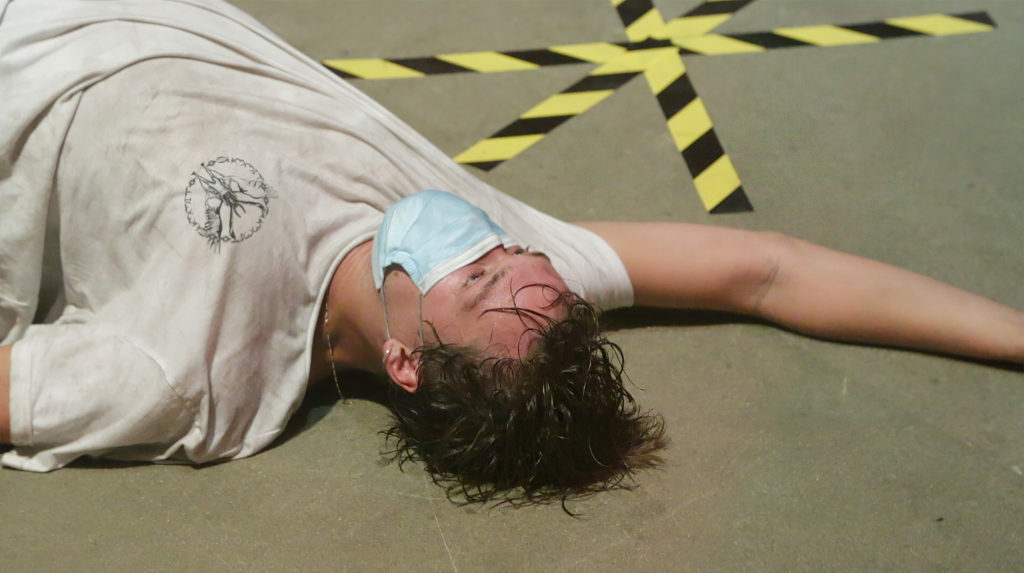 Artist George Finlay Ramsay & composer Rudi Zygadlo present live for the first time ever the sound pome [sic] ‘Raven’s Reprise’, to be performed in pitch black. Like a radio play but faster and louder. Verbal gymnastics & contrapuntal bubblegum do a dance with interspecies sex in Wallmart parking lots, punch-ups in Morley’s chicken shops & ancient myths dissolved into Instagram memes. Inspired by the trickster origin myths of Northern Pacific cultures & the Coronavirus pandemic. Raven travels through the landscape of the 2020s, transforming herself, from toddler to teen to adult, battling her nemesis Lord Fatberg (who smells suspiciously like Trump & BoJo), hanging out with extinct species at a seaside resort & re-making the wurld to her better designs. Raven is a trickster god in many northern Pacific cultures.

Metamorphic, scatological, and irreverent, Raven makes & illuminates this world with creative wit. This pome [sic] is inspired by Raven Travelling as told by the masterful Haida myth-teller Skaay of the Qquuna Qiighaway to the anthropologist John Swanton in 1900. 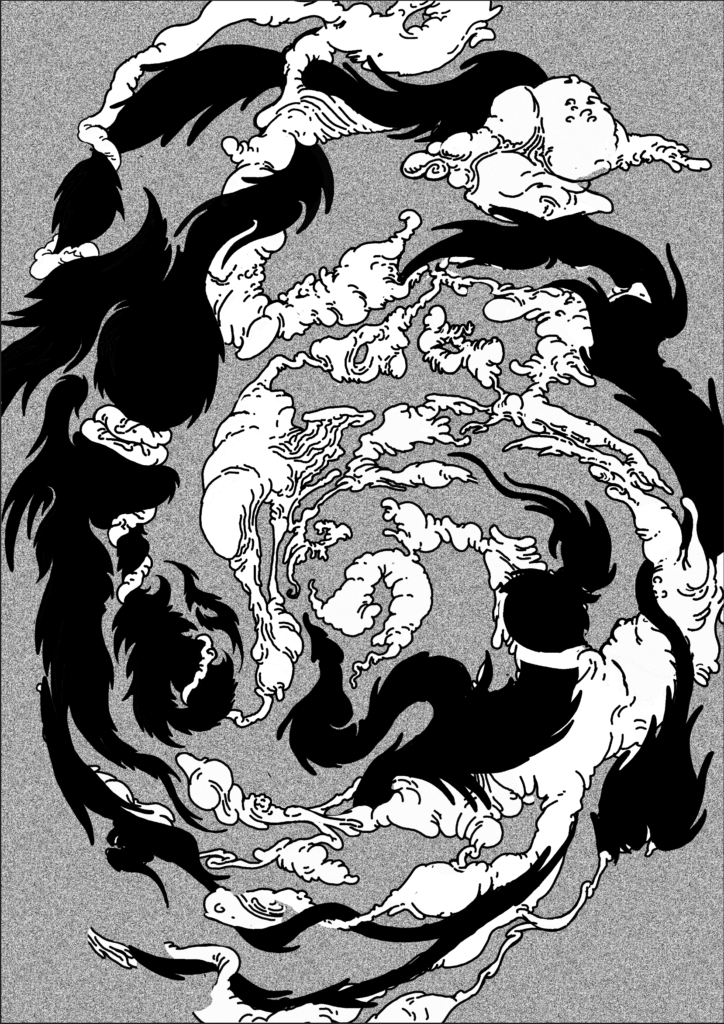 A common thread in all of Sandra Lakićević’s works is the perpetual conflict of personal and universal, remembered and forgotten, written and erased. This is perhaps best reflected in the act of erasing as an ever-recurring element in her practice. By erasing the narratives that once were there, she investigates to what extent our memories and past narratives form our present perception, as well as our perception of the present. From artist’s books to performances to video installations, her creative method is often defined by repetition. Although unrelenting, it is not a testament to her effort so much as it is meant to emphasize the transformation of the medium and the notions of memory and time. 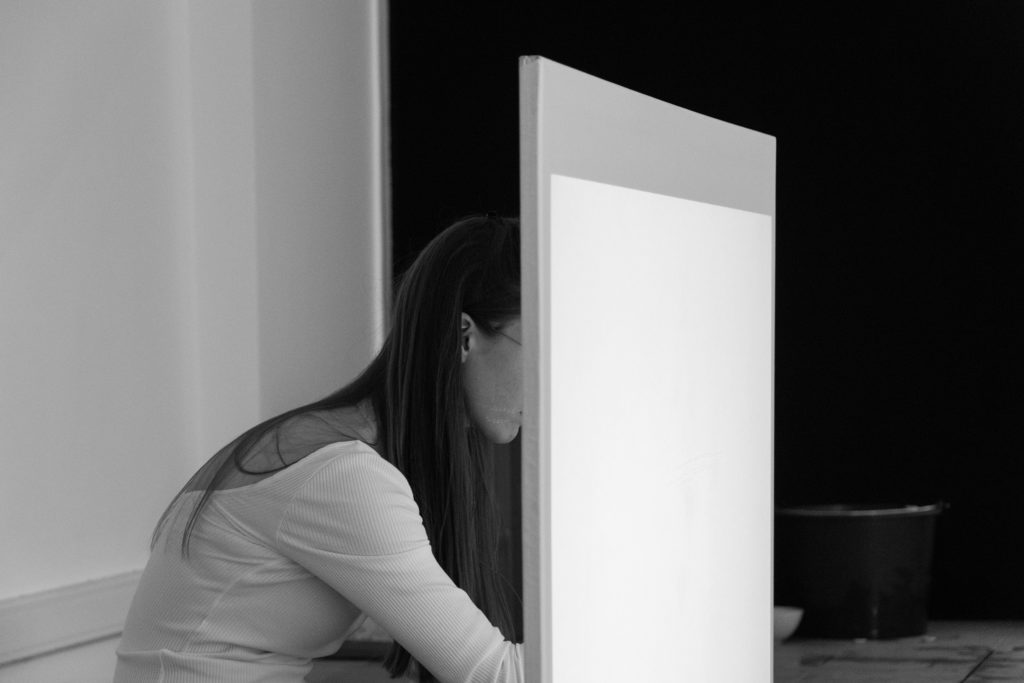 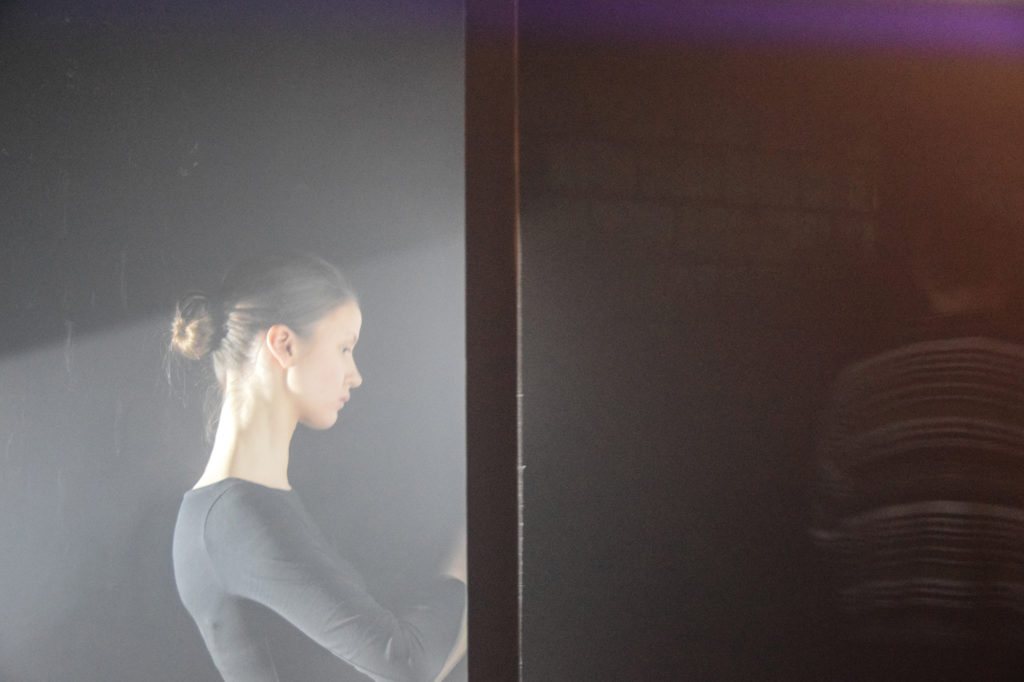 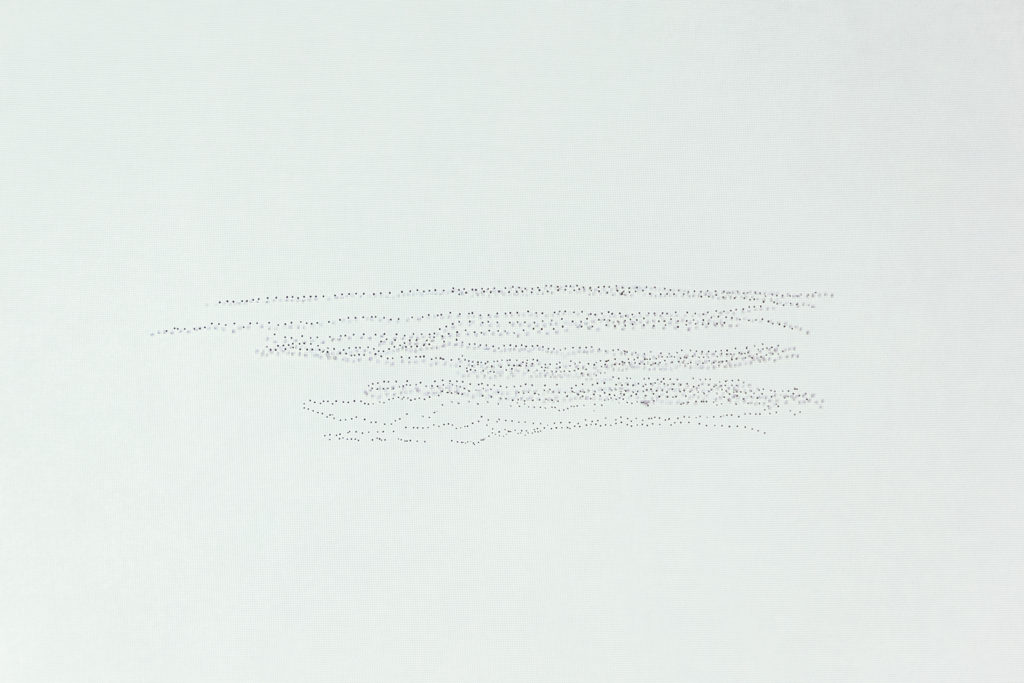 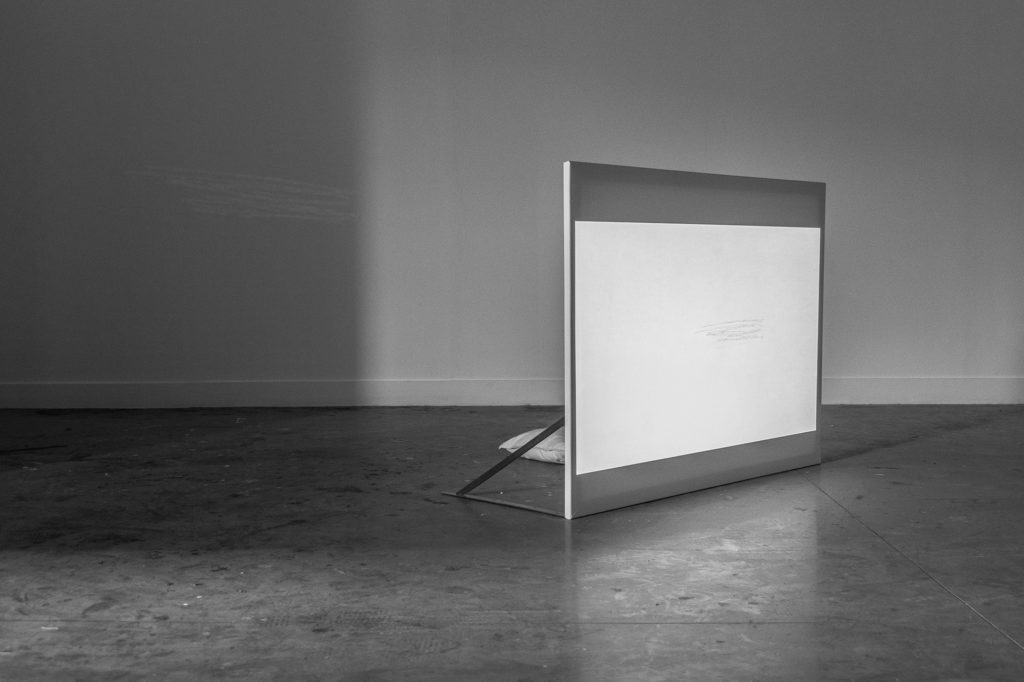 What to do during a day of forced unproductivity: do something you sometimes used to do before, but now you don’t do anymore, at least you remember some parts of it. In the Adver_frenzy that pursues limitless entertainment through time capitalization, we have gotten a glimpse of the bottomless pit of canalized psychosis and institutionalized schizophrenia.

In SCROLL/SCHOOL, AdO/Aptive invites you to follow their steps and dive deep into the flashing cupcake holes at the tips of your fingers.

AdO/Aptive has invented a narrative following the meaningless scroll and touch of acquisition gaming apps. 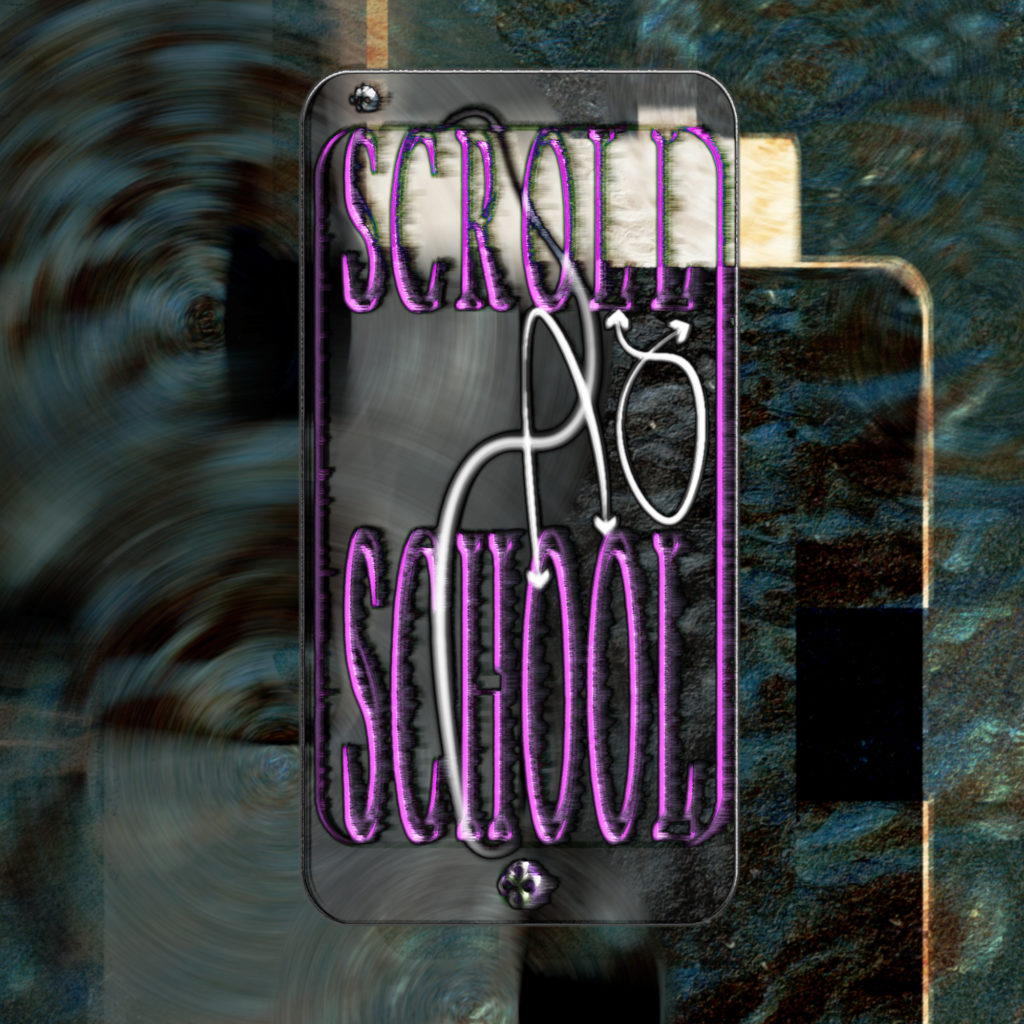 A joint performance exploring the body as evolutionary hardware; an operational vessel of sentient architecture designed to interface with its environment. By caressing panpsychism via spatial gestures, the hum of the hybrid emerges beyond the skin. Are we a body, or do we have a body? 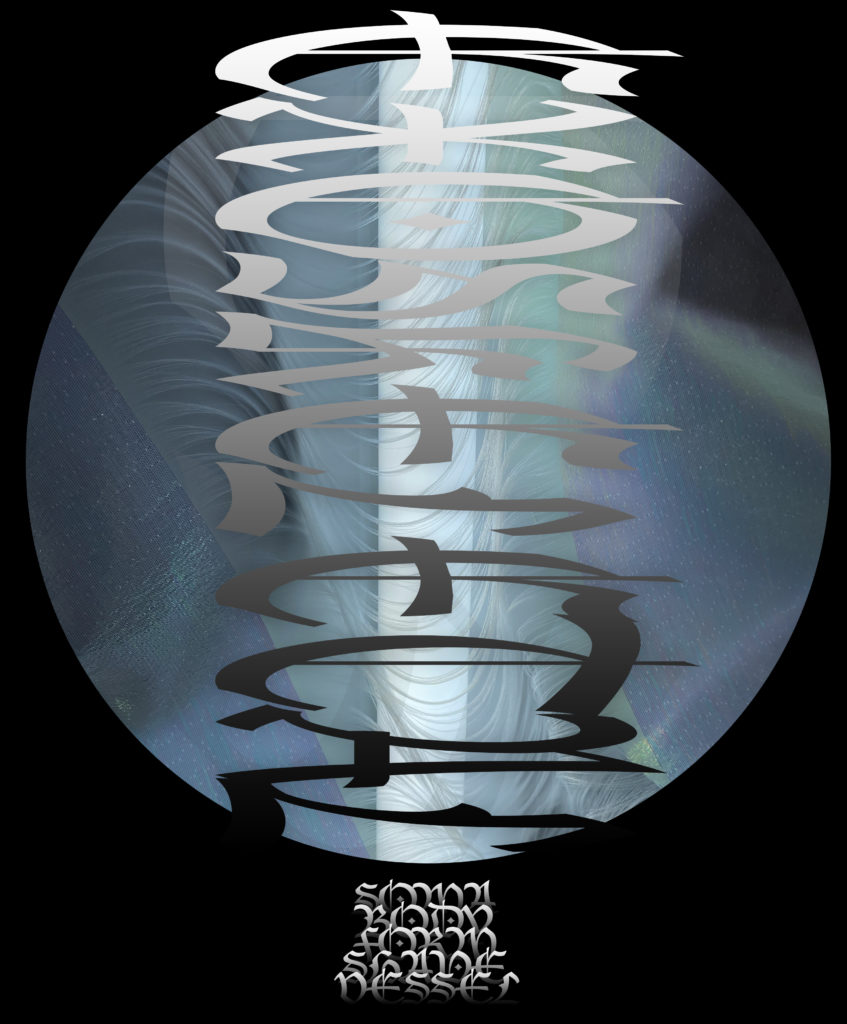 Deep Fake invites you to a series of events speculating upon the force of the unoriginal and an alternative evolution where consuming is erased by coexistence. The piece challenges the monocracy of the solo by gently directing the spectator’s attention to the decentralized performance of sound, light, and object, turning the space into a living and breathing entity. By approaching the body as an apparatus driven by impulses and emotions, Deep Fake investigates the collapsing borders between the living and inorganic, existing and unreal with the structures that secretly (re)produce these binaries.

On the verge of my new ever-fluctuating body, at the junction of clouds of stimuli & steams of emotions, at the times of virulent dances – where do I stand politically & lustfully?
What do I see?
Phantasmagory or Harmony?
I do not have to answer all these spams from the monarchs of Distant Voids, or do I?
What if they need my help for real?
New prophecies retold and expanded figured largely in town. No one is capable of stopping them
from gaining more.
Hm. A mythic time 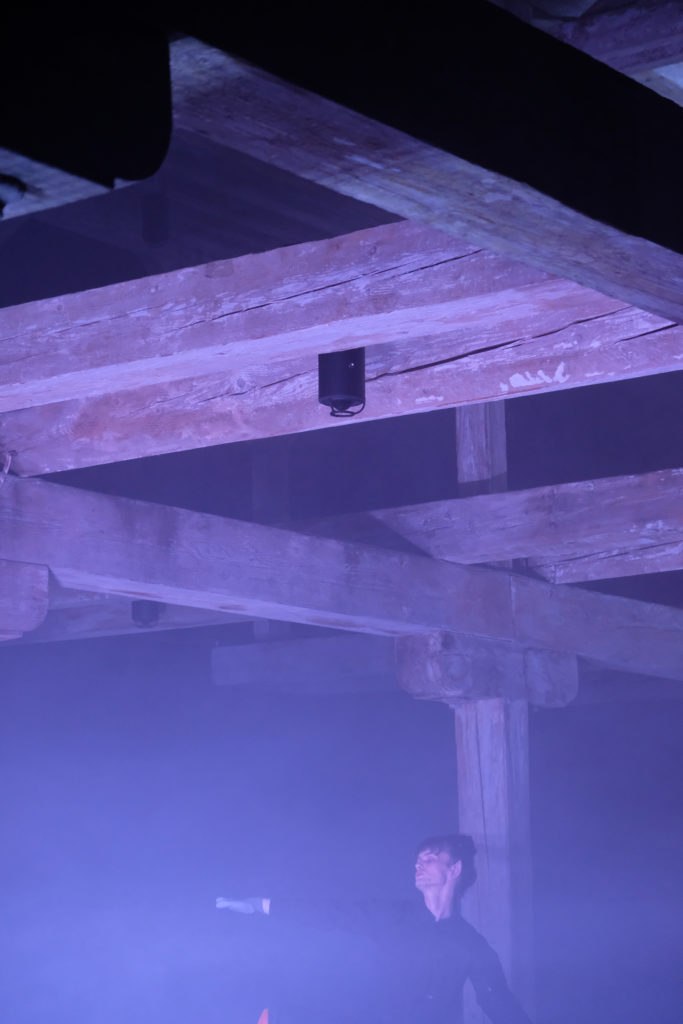 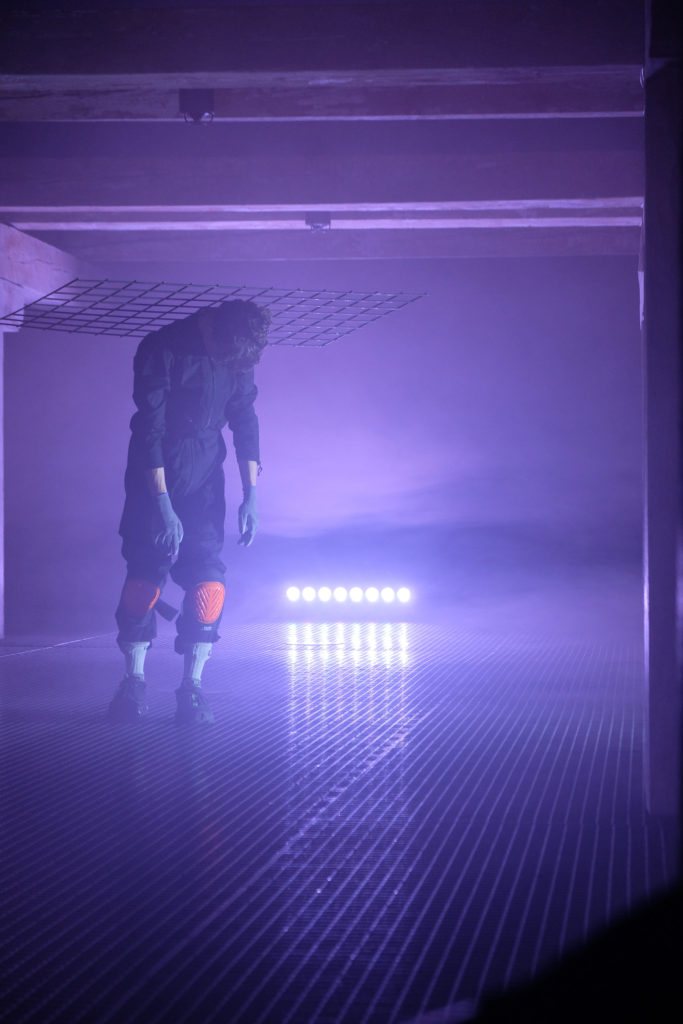 //
The festival is supported by Summa Artium.
The festival’s spot is granted by the local government of Ferencváros.