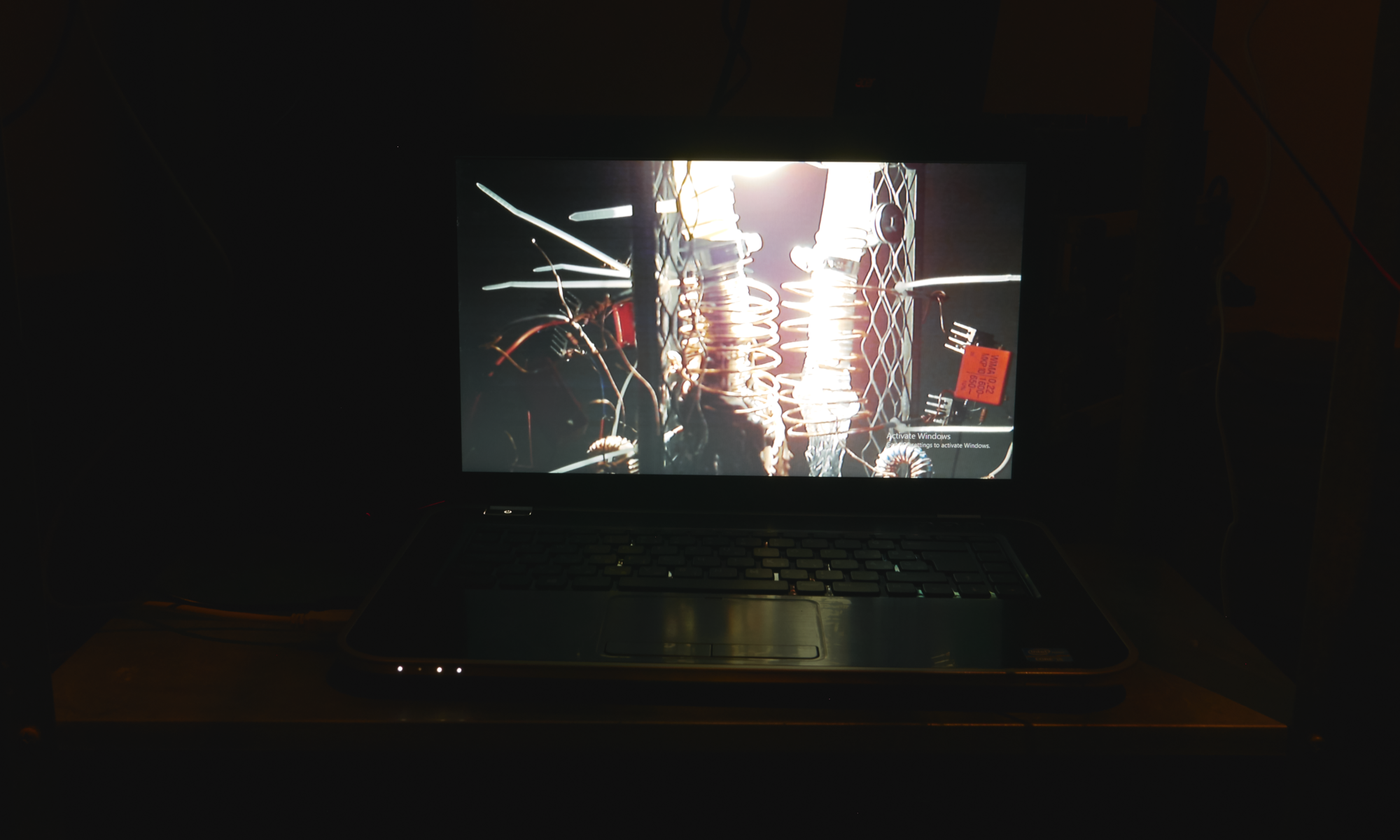 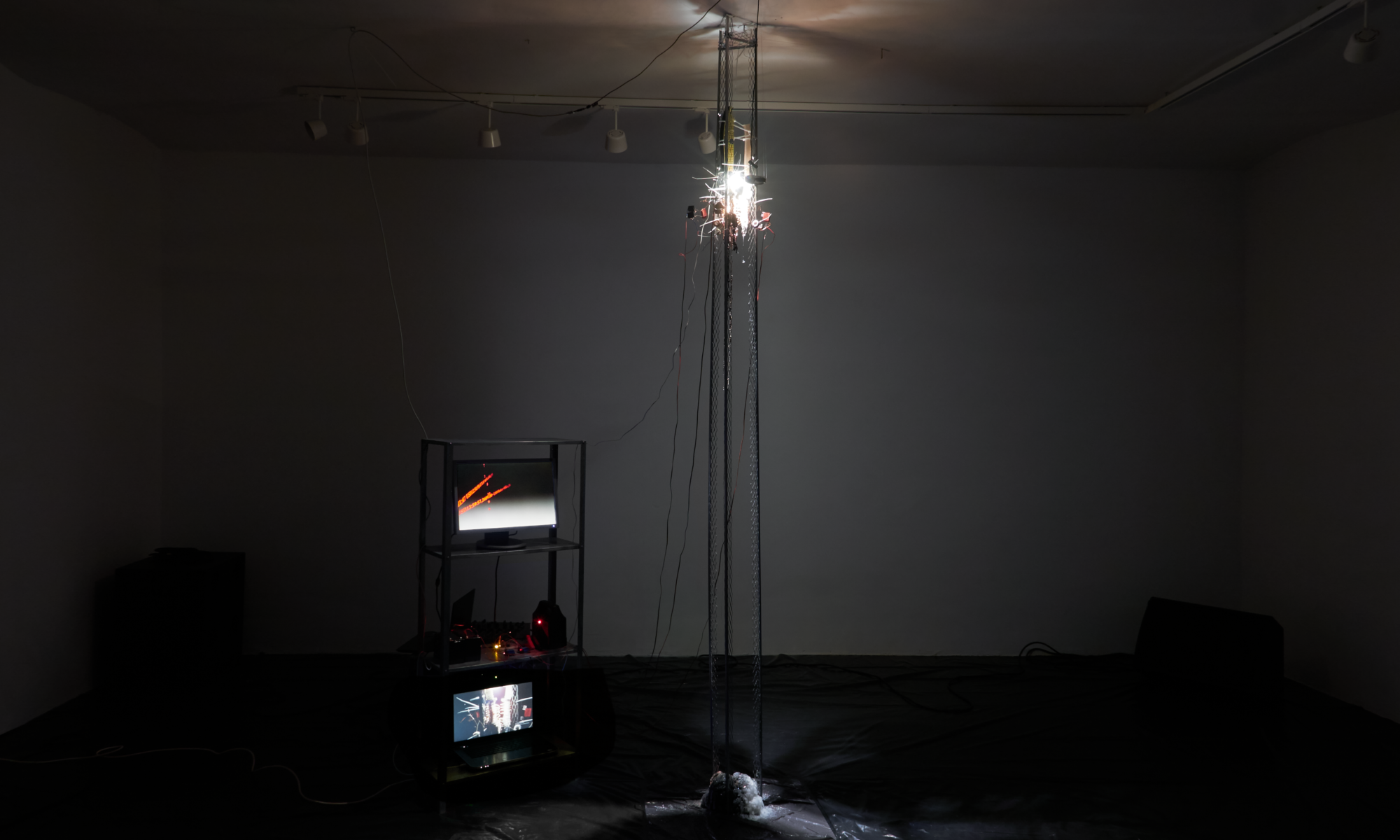 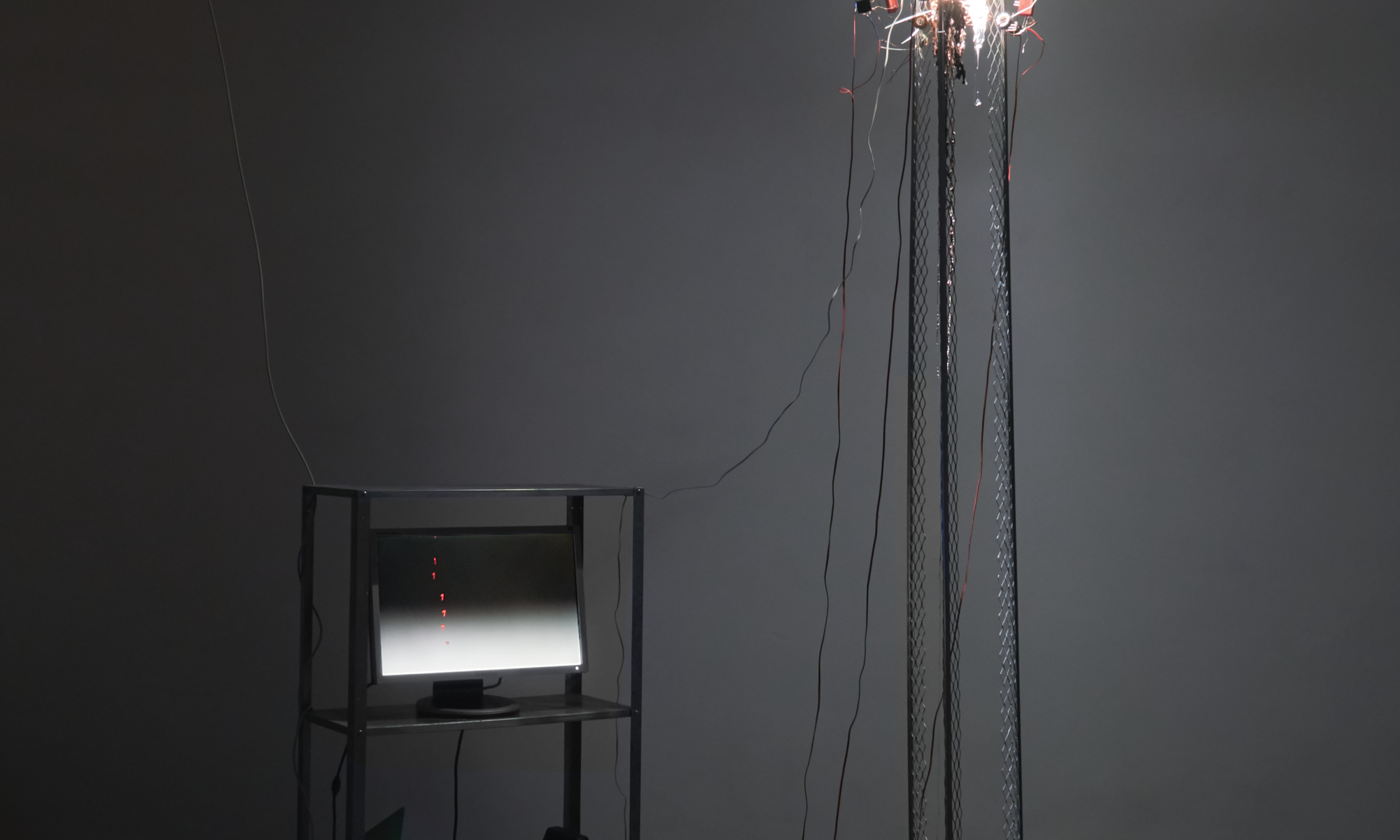 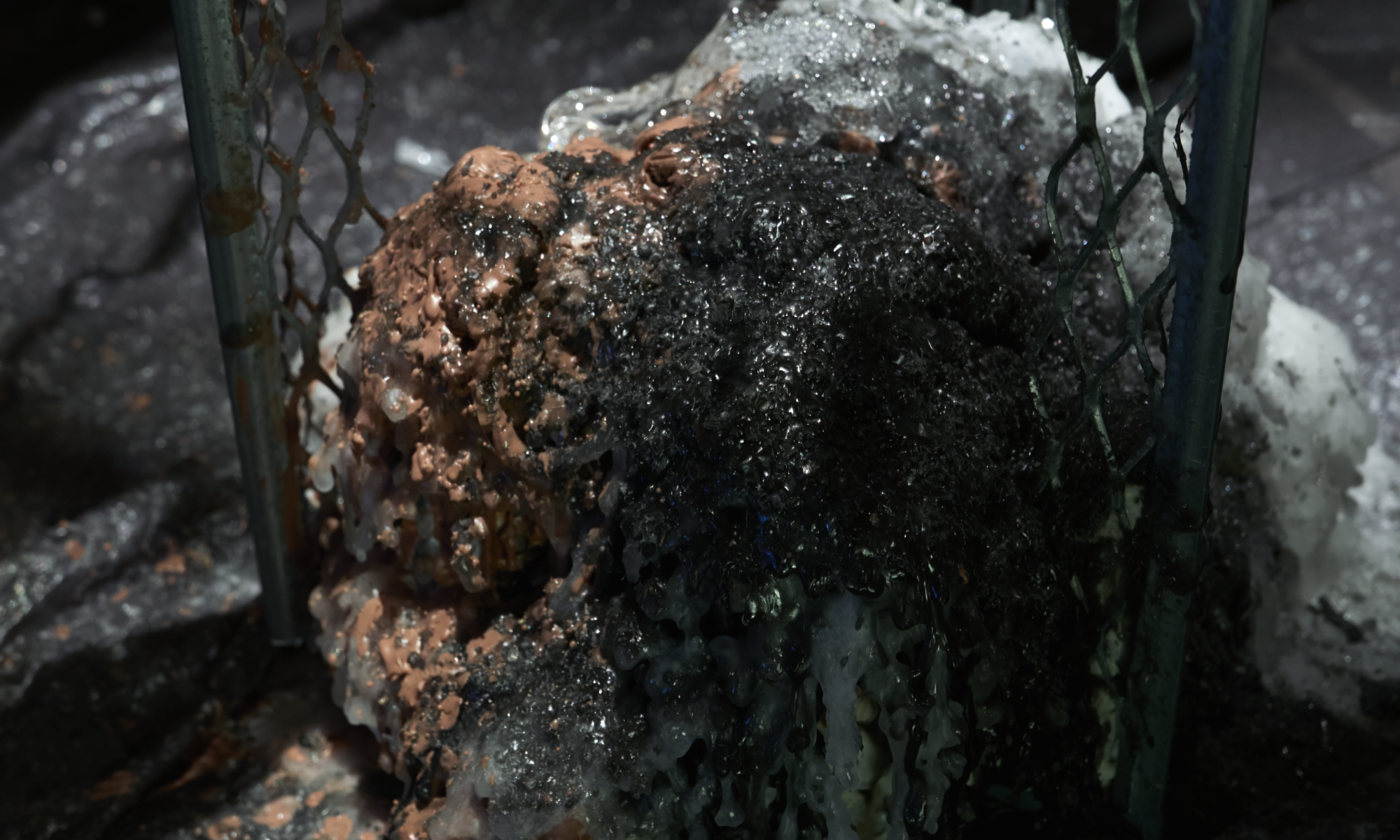 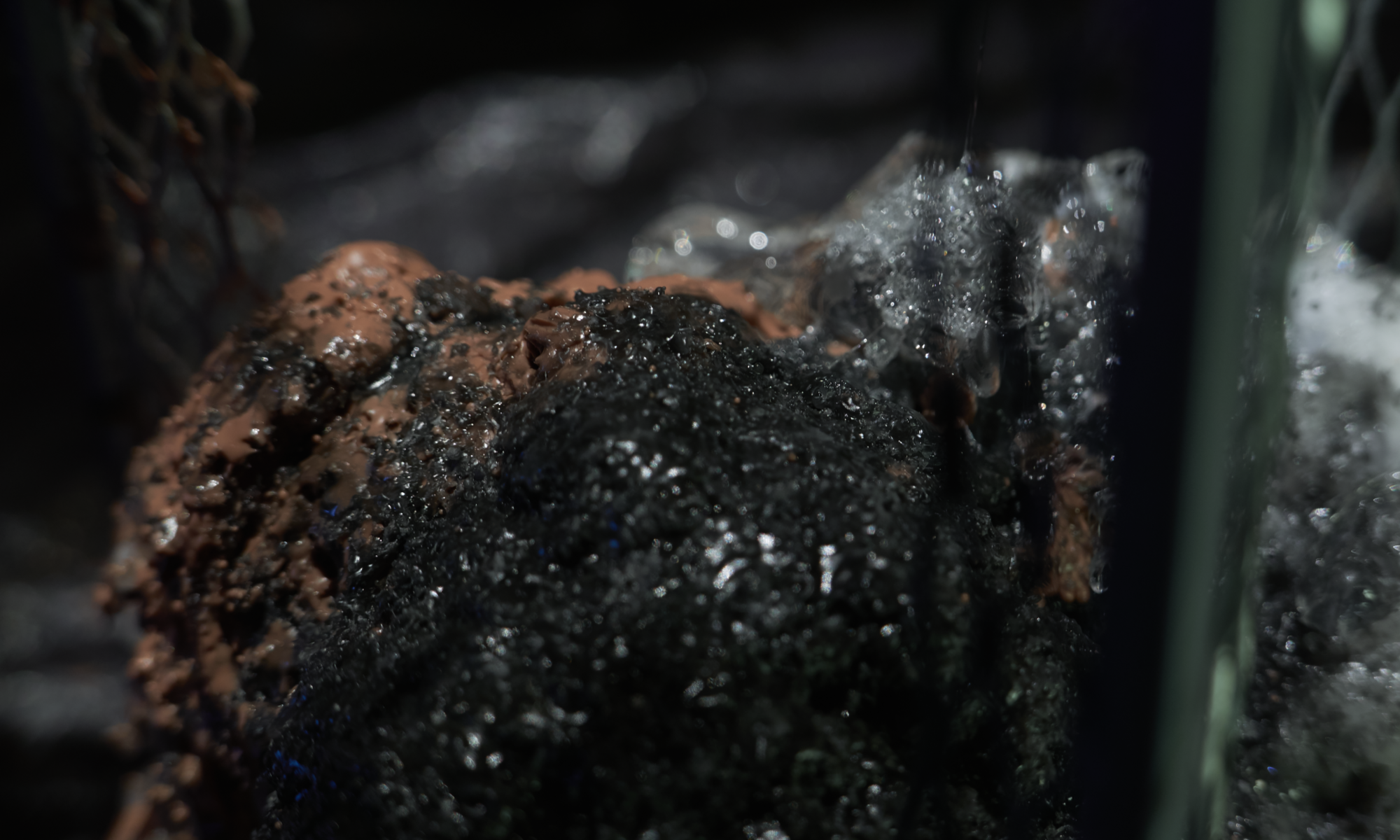 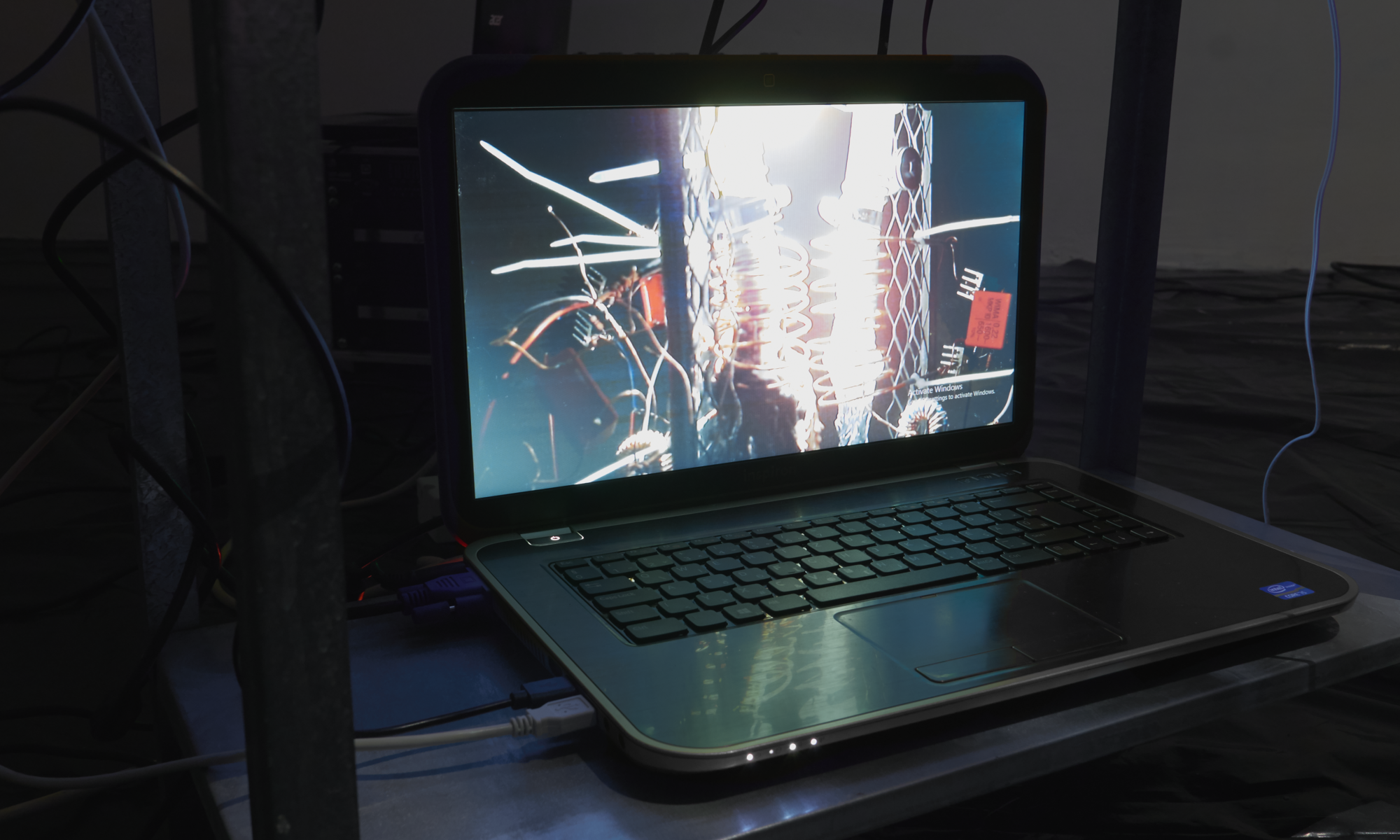 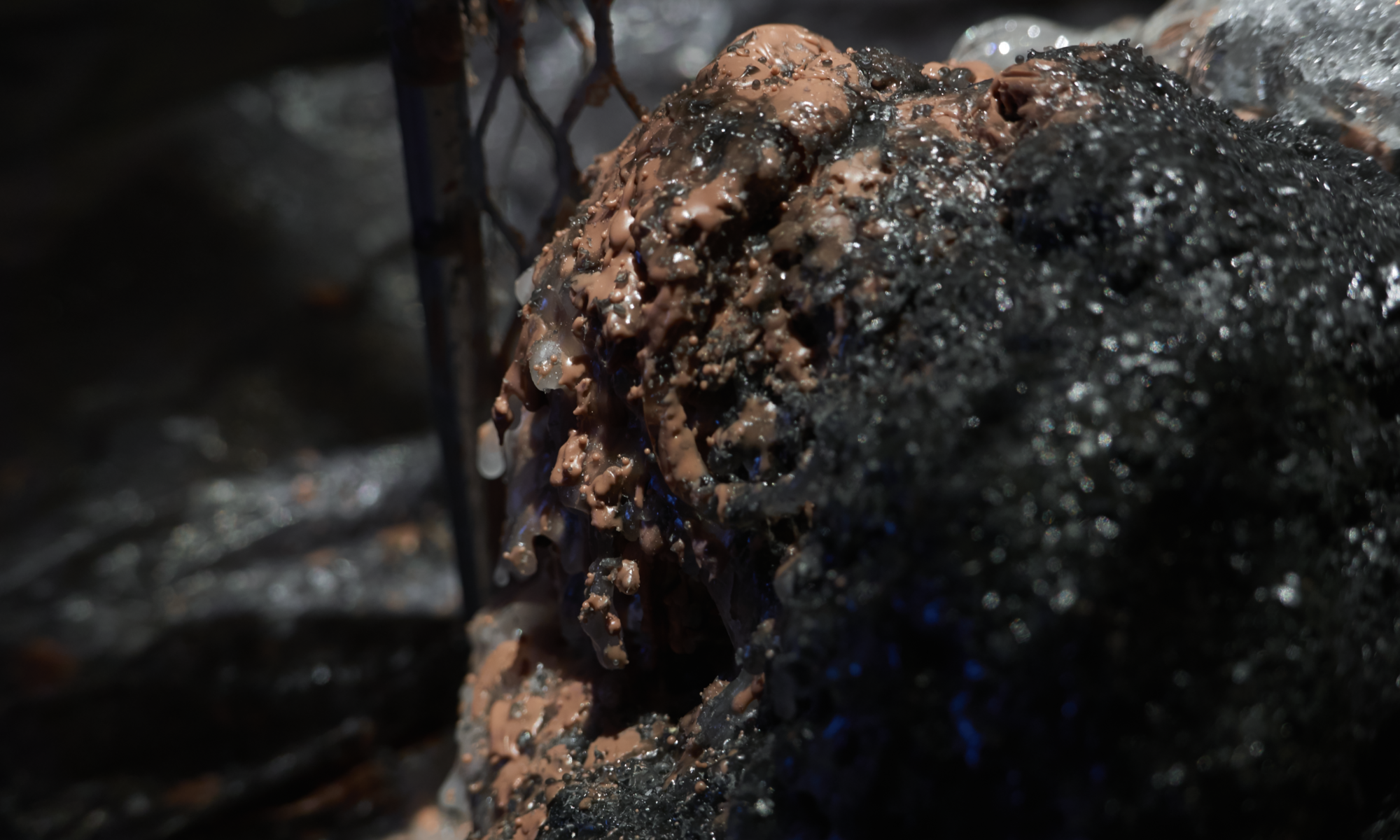 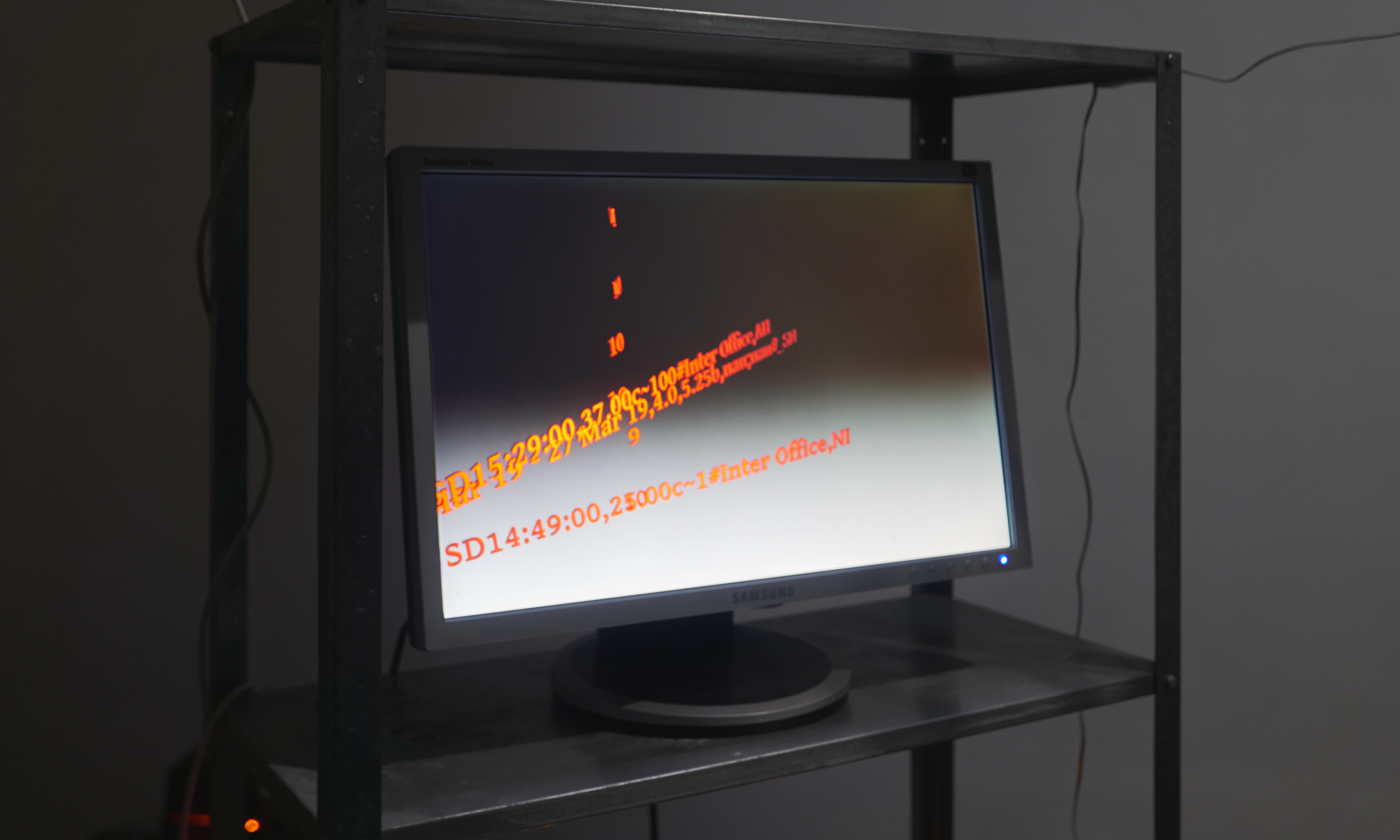 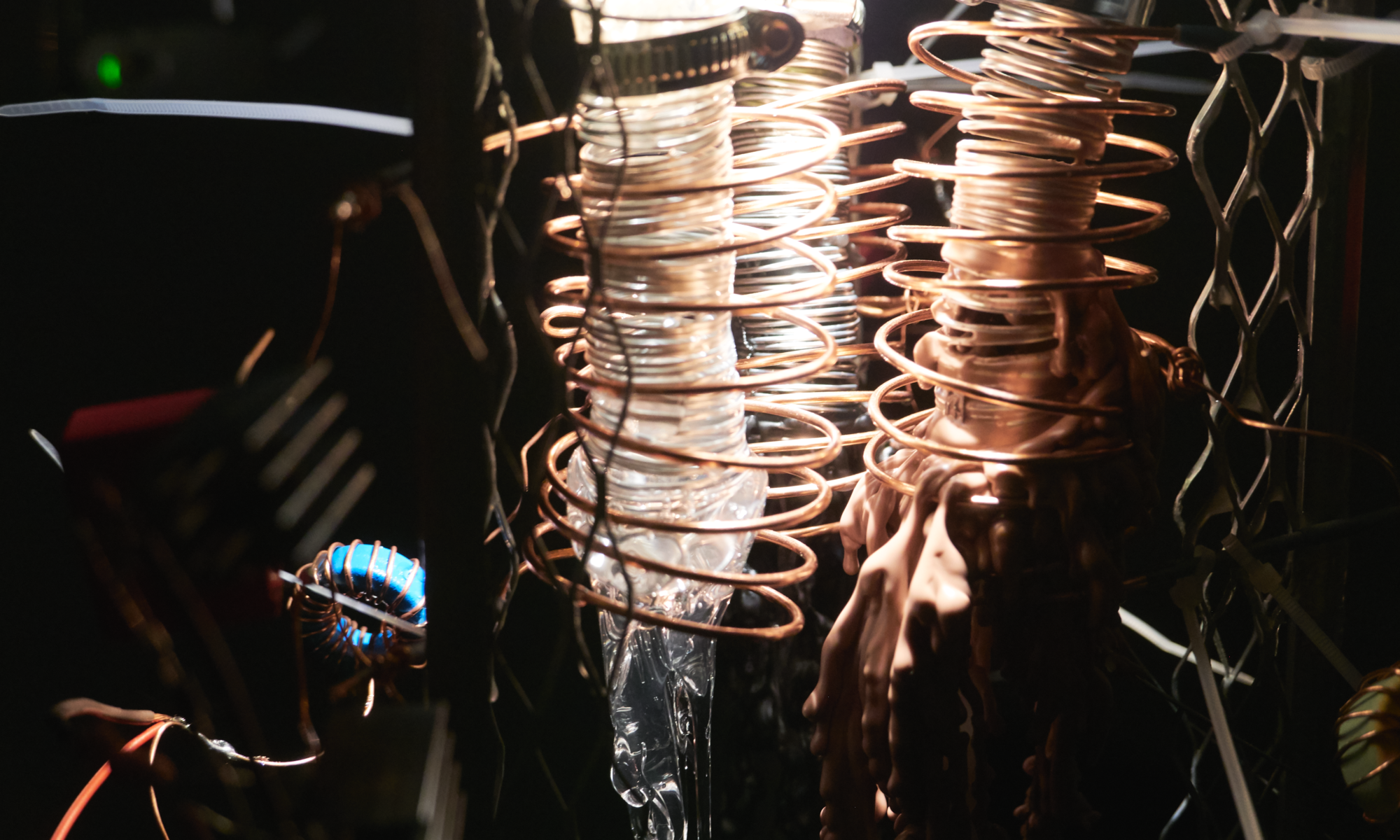 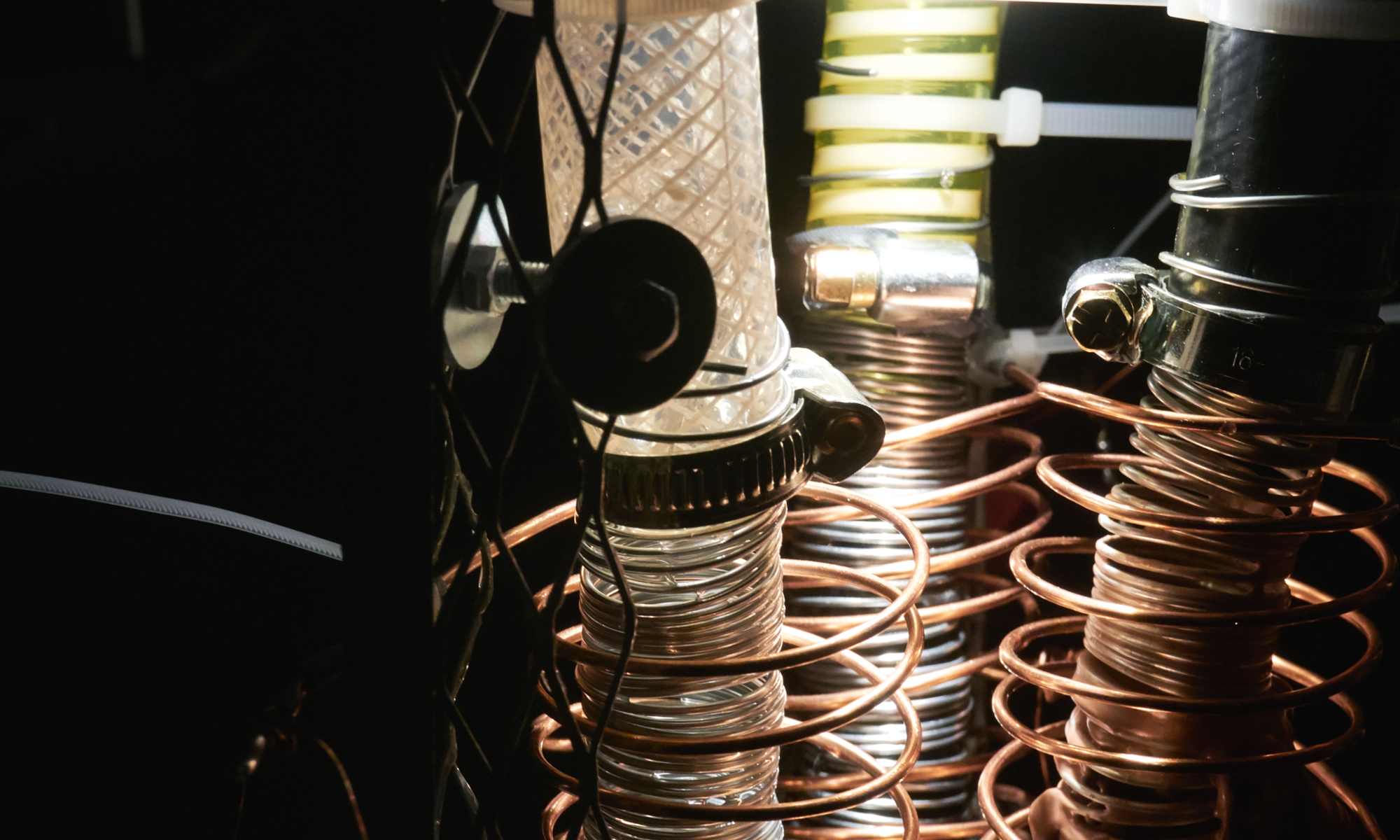 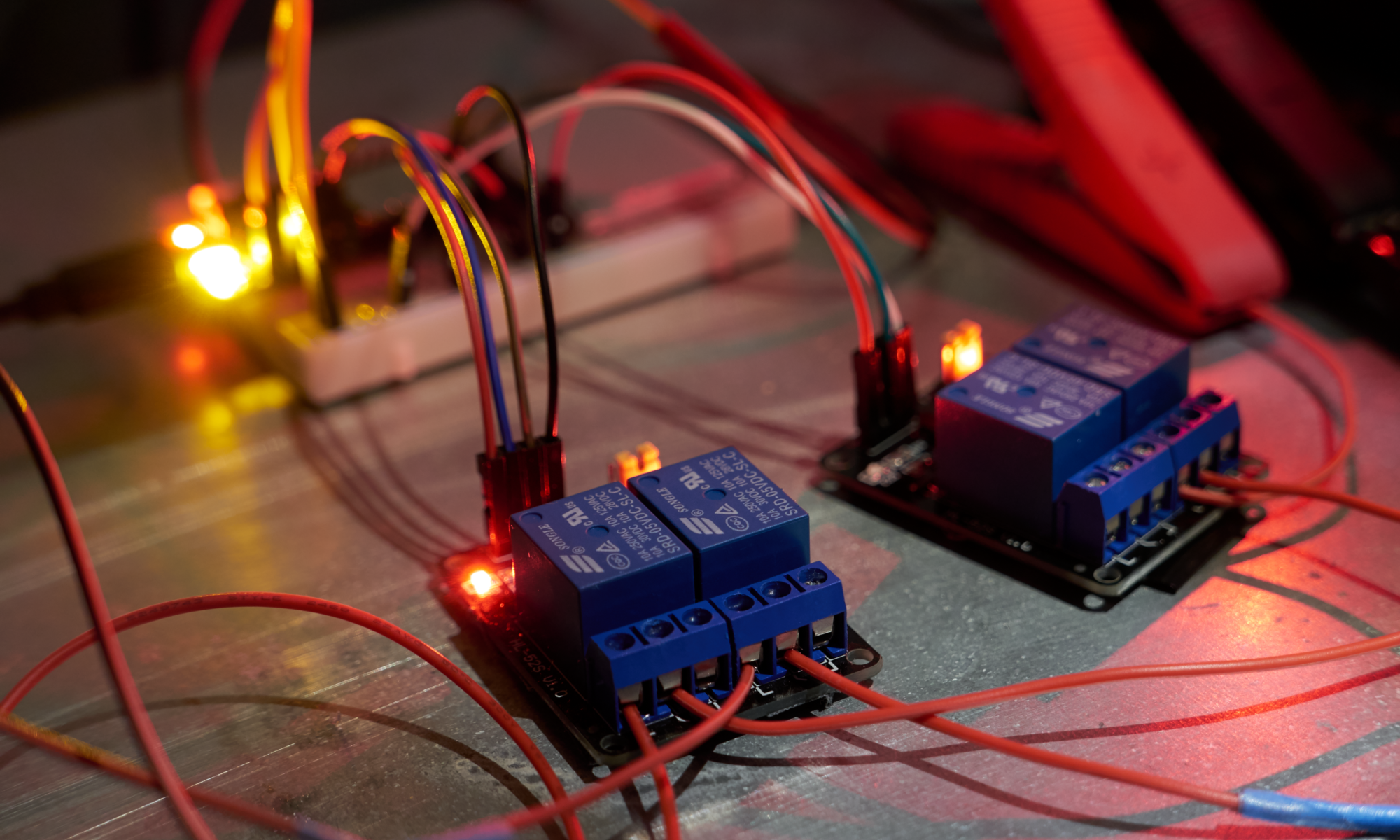 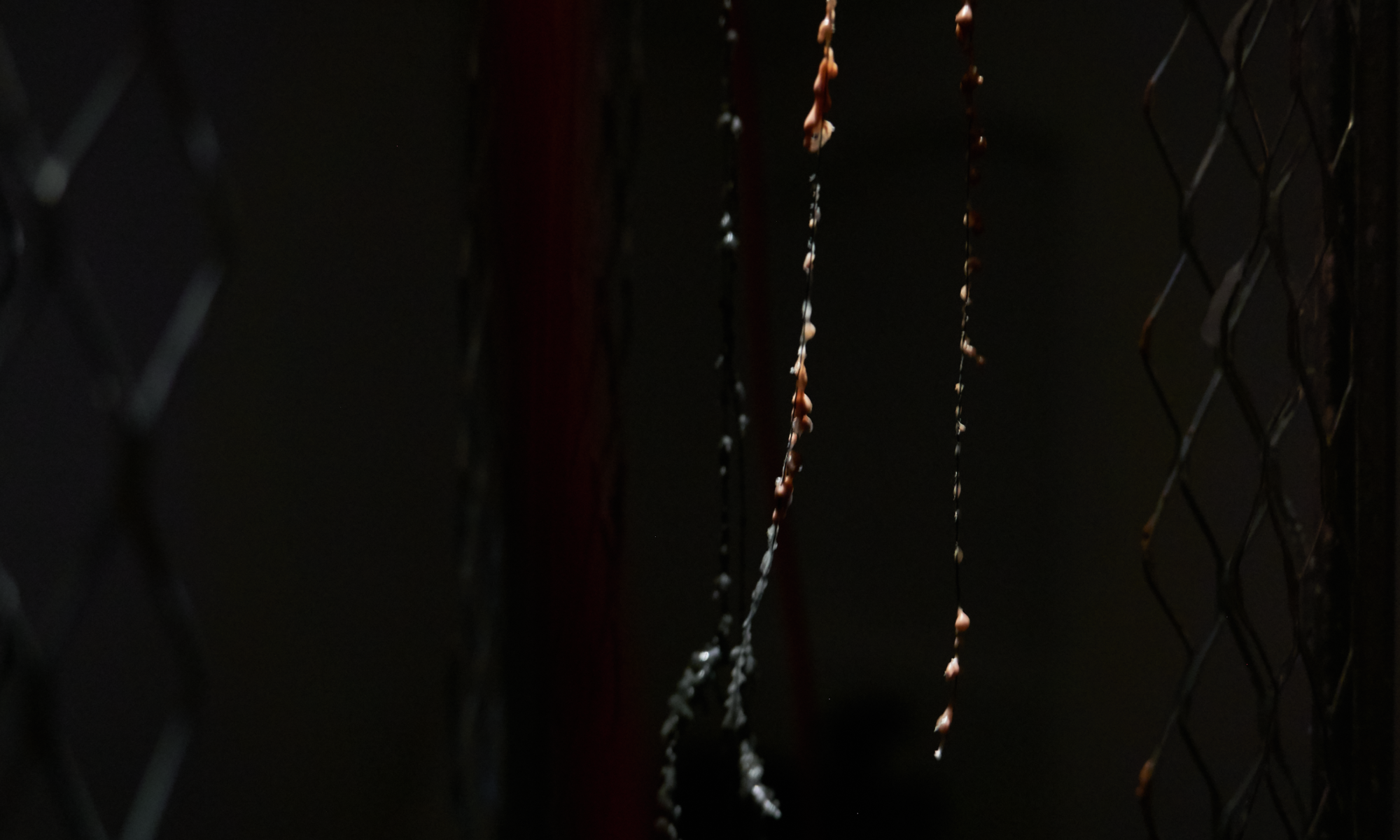 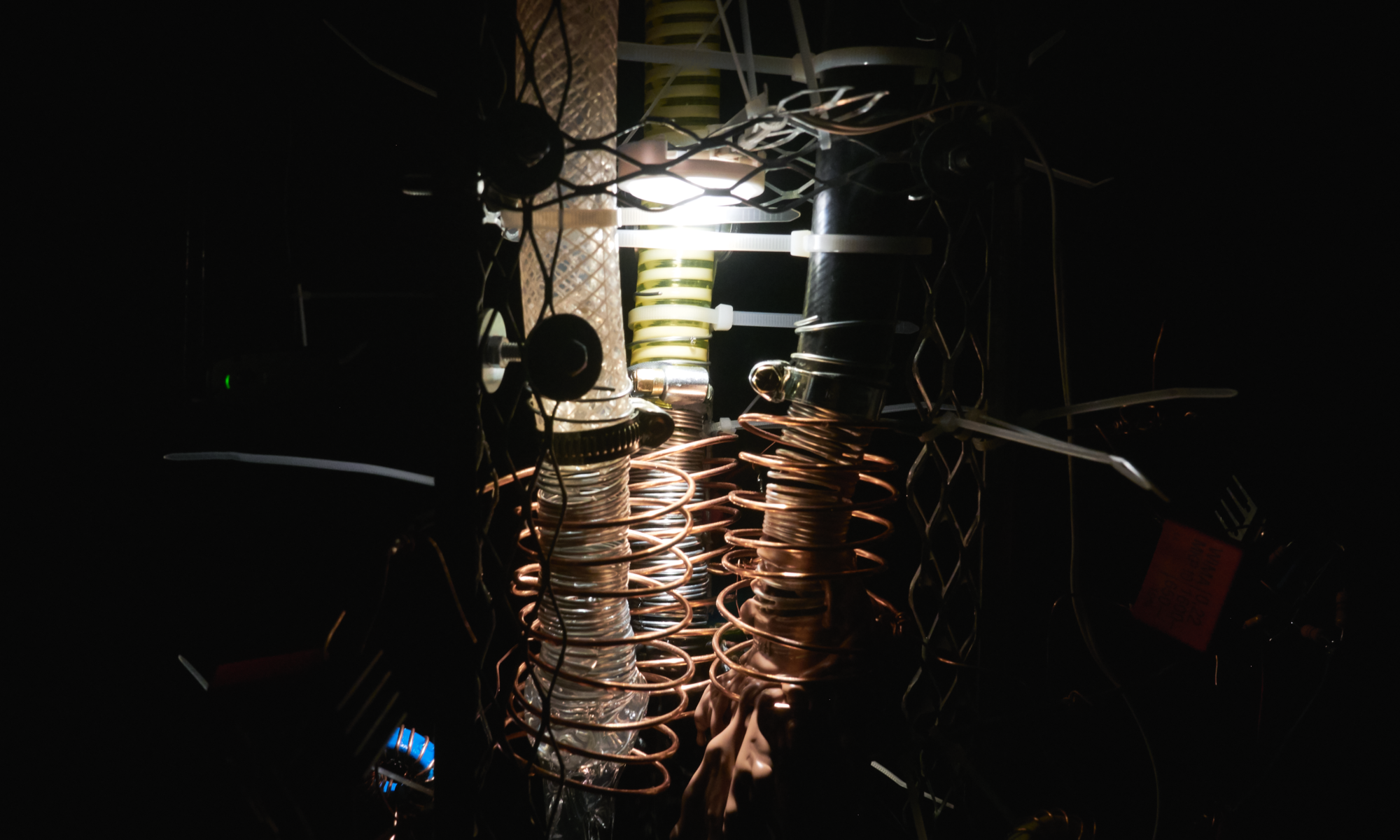 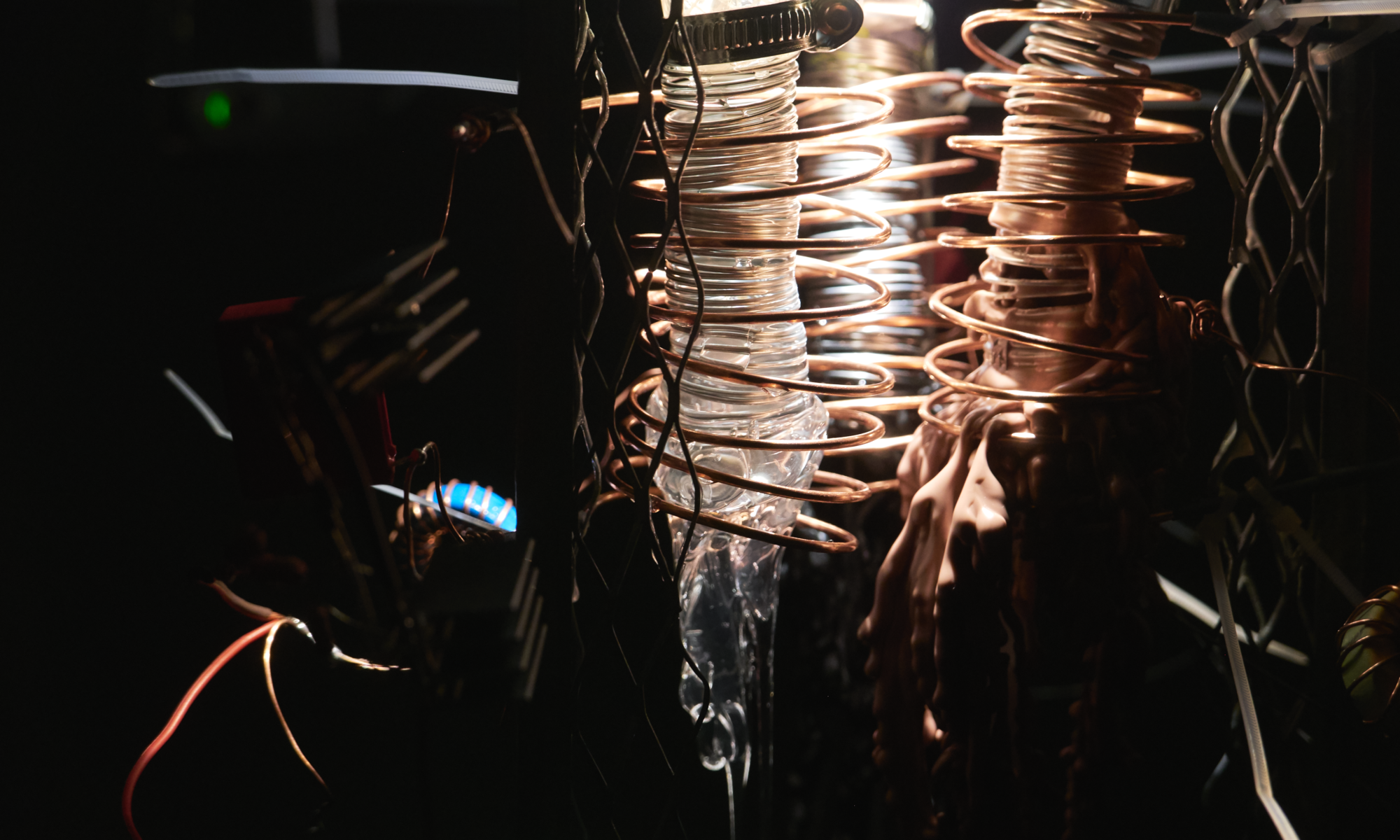 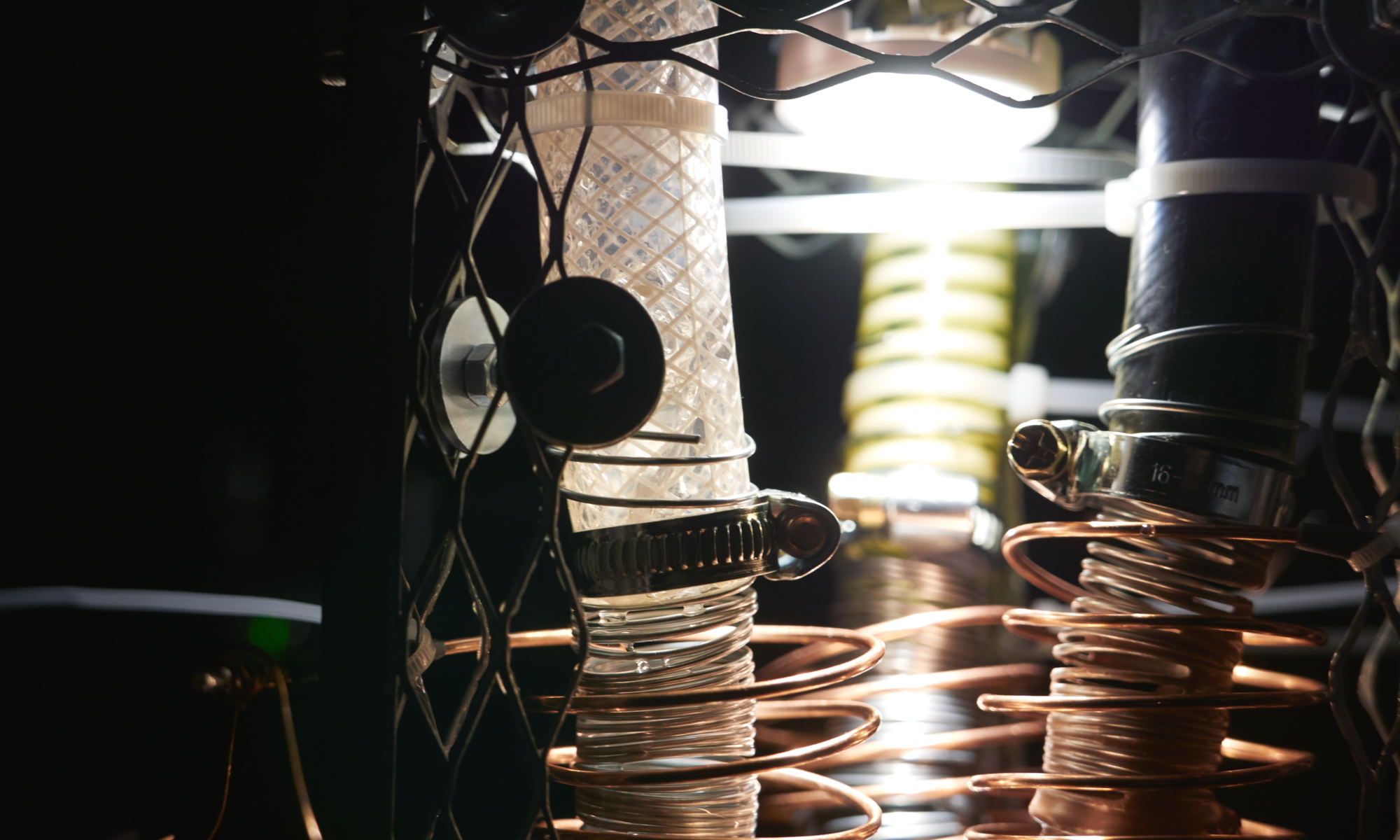 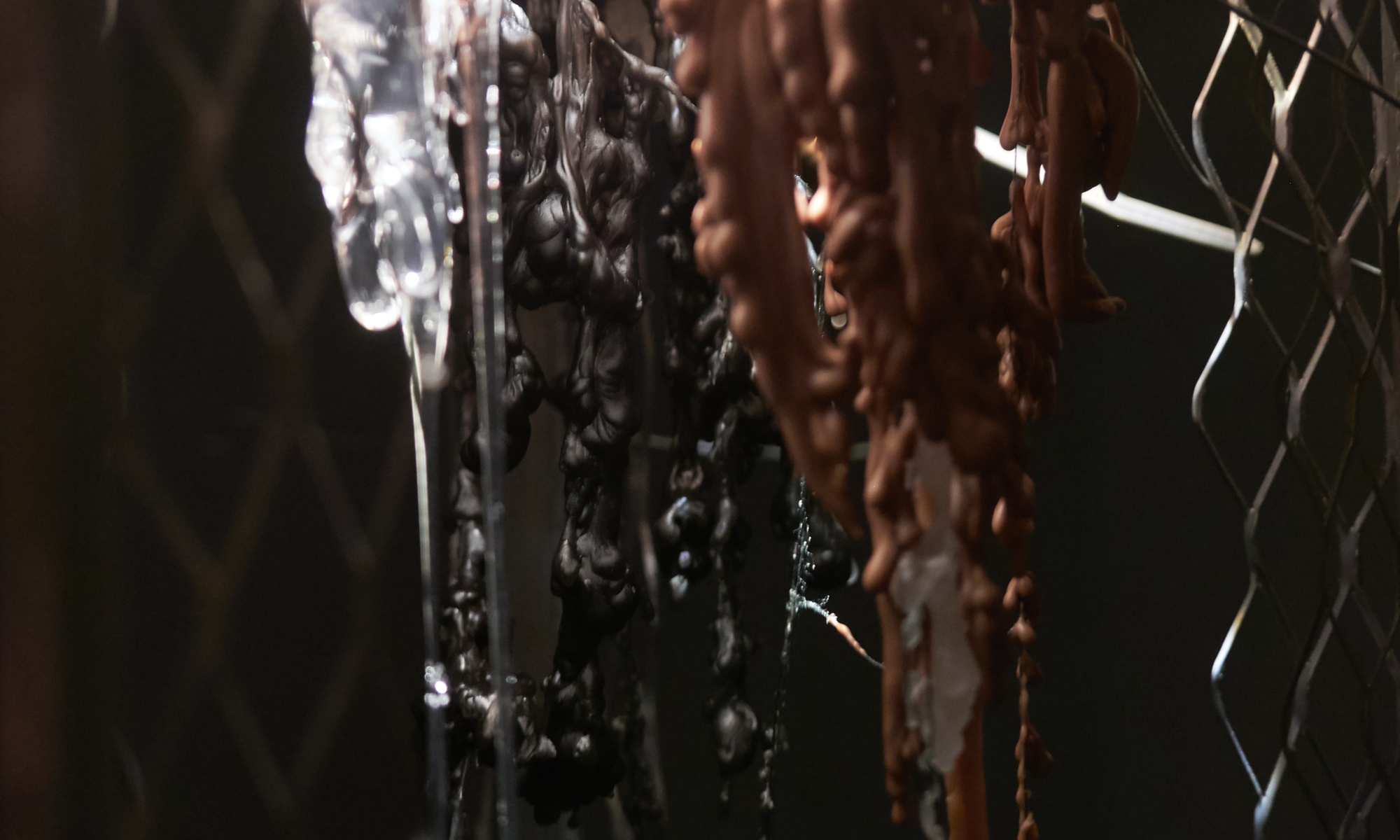 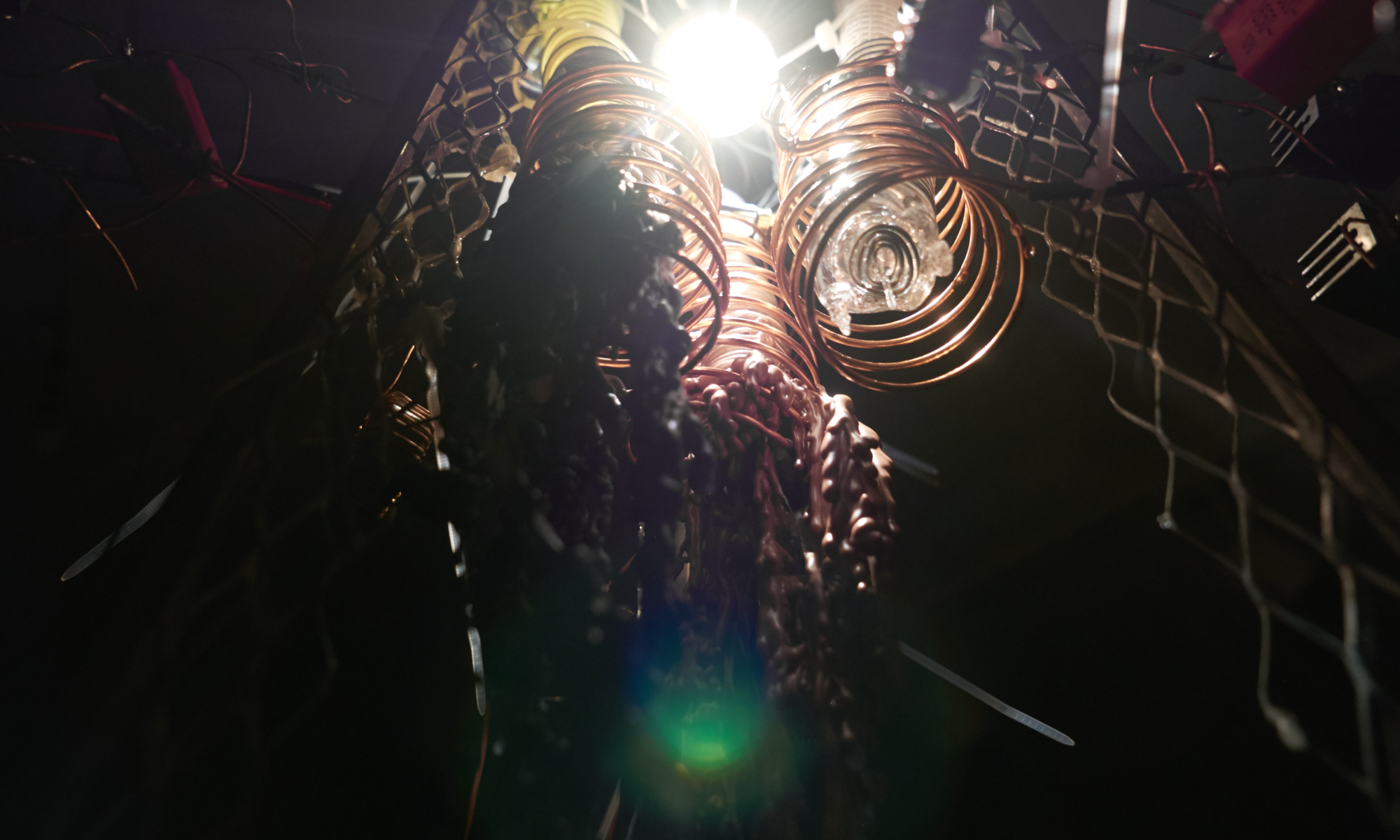 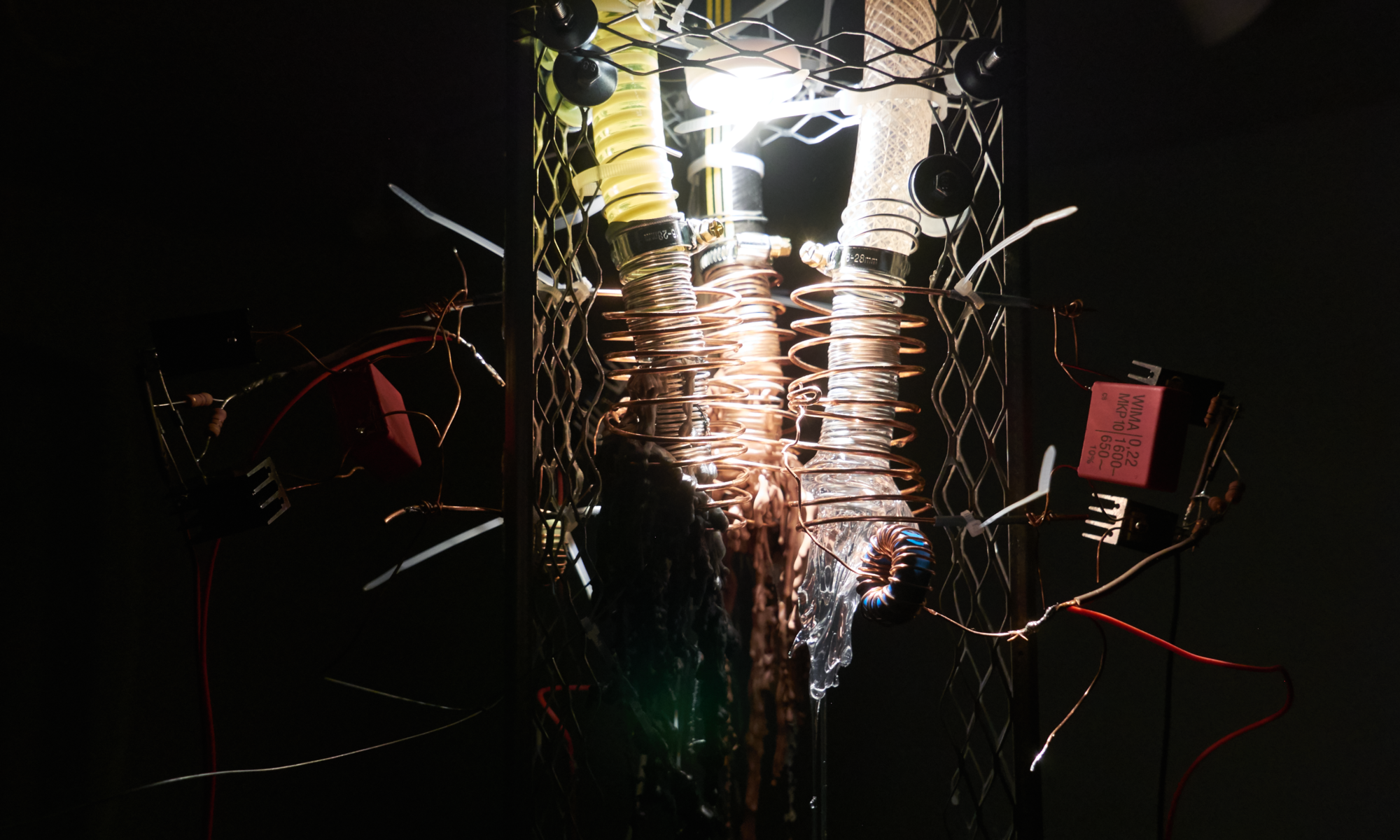 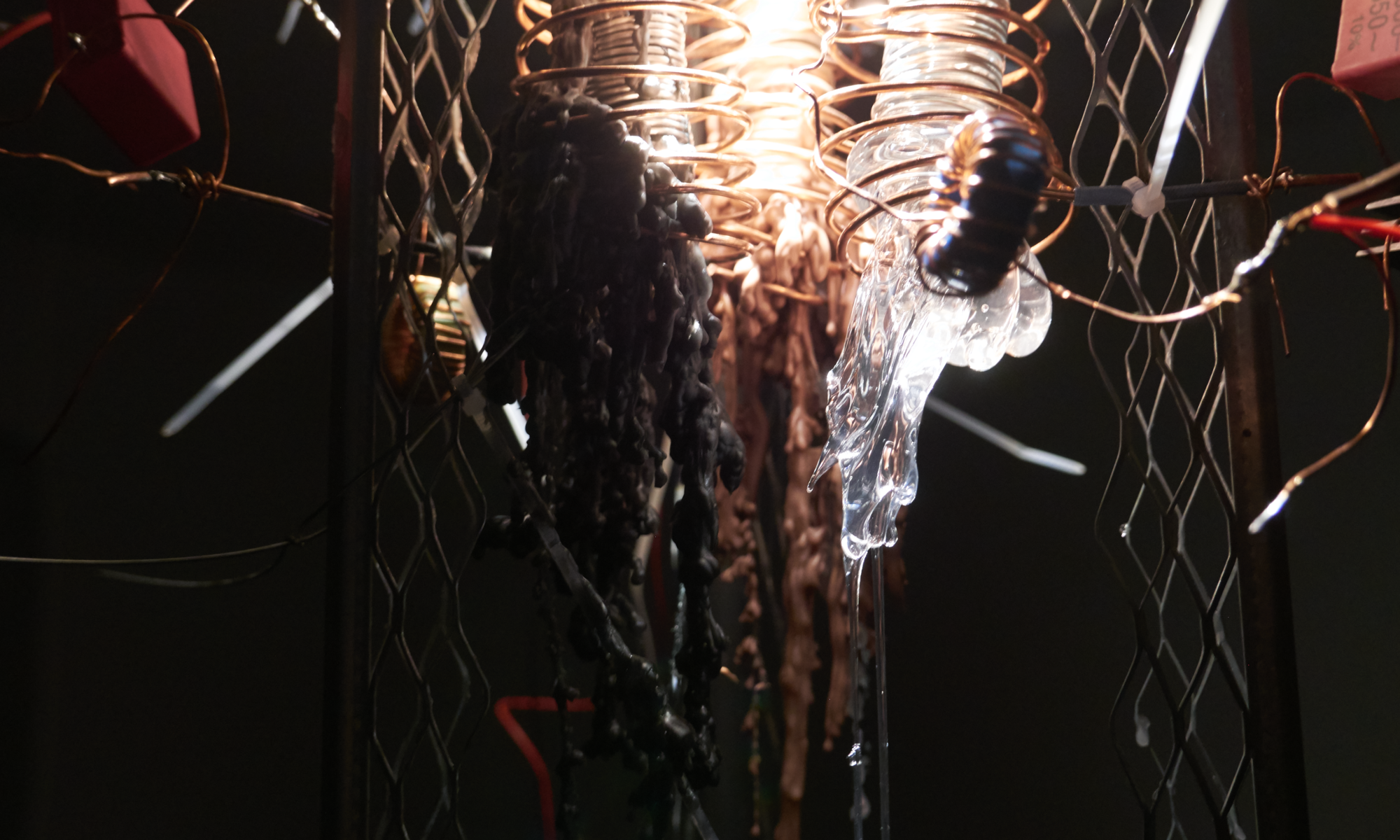 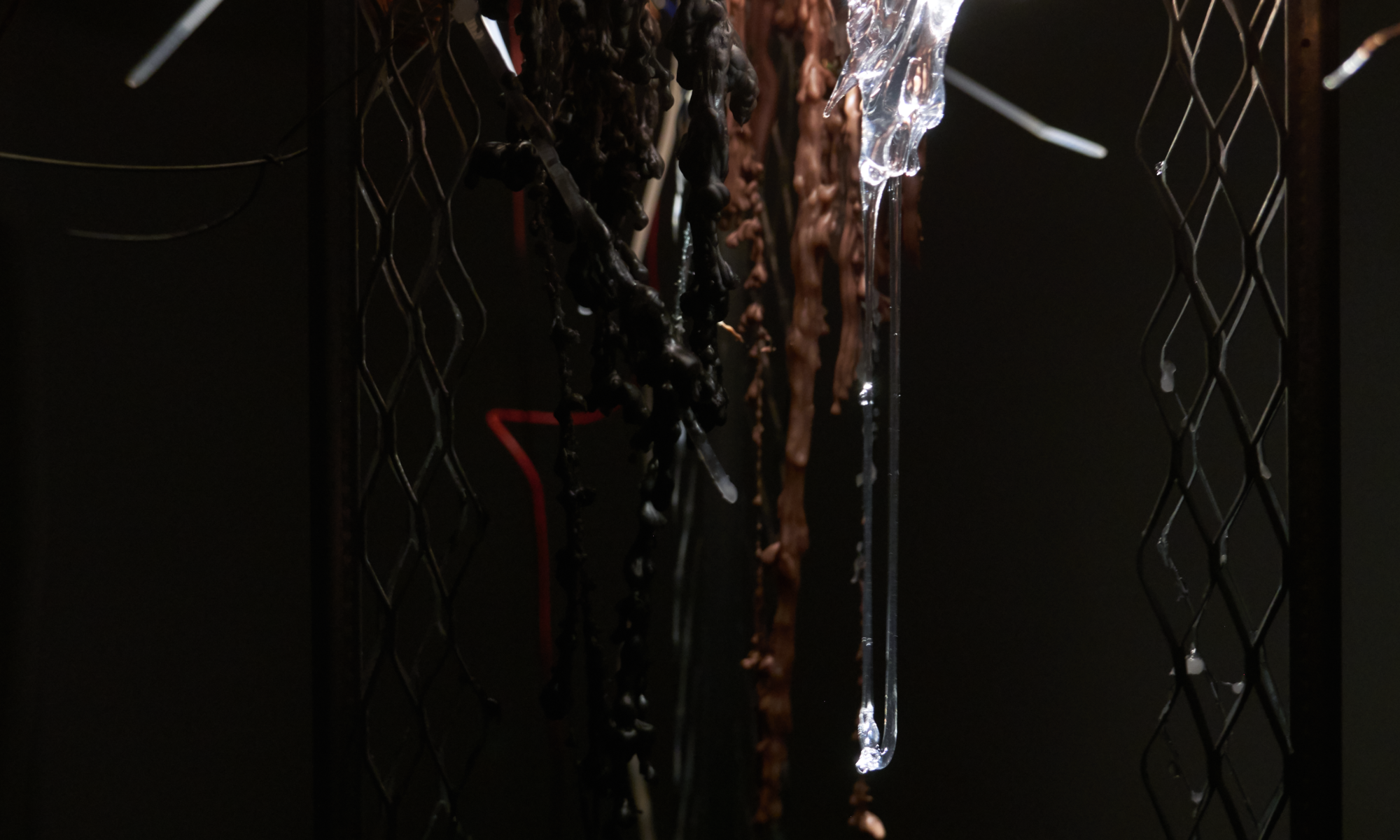 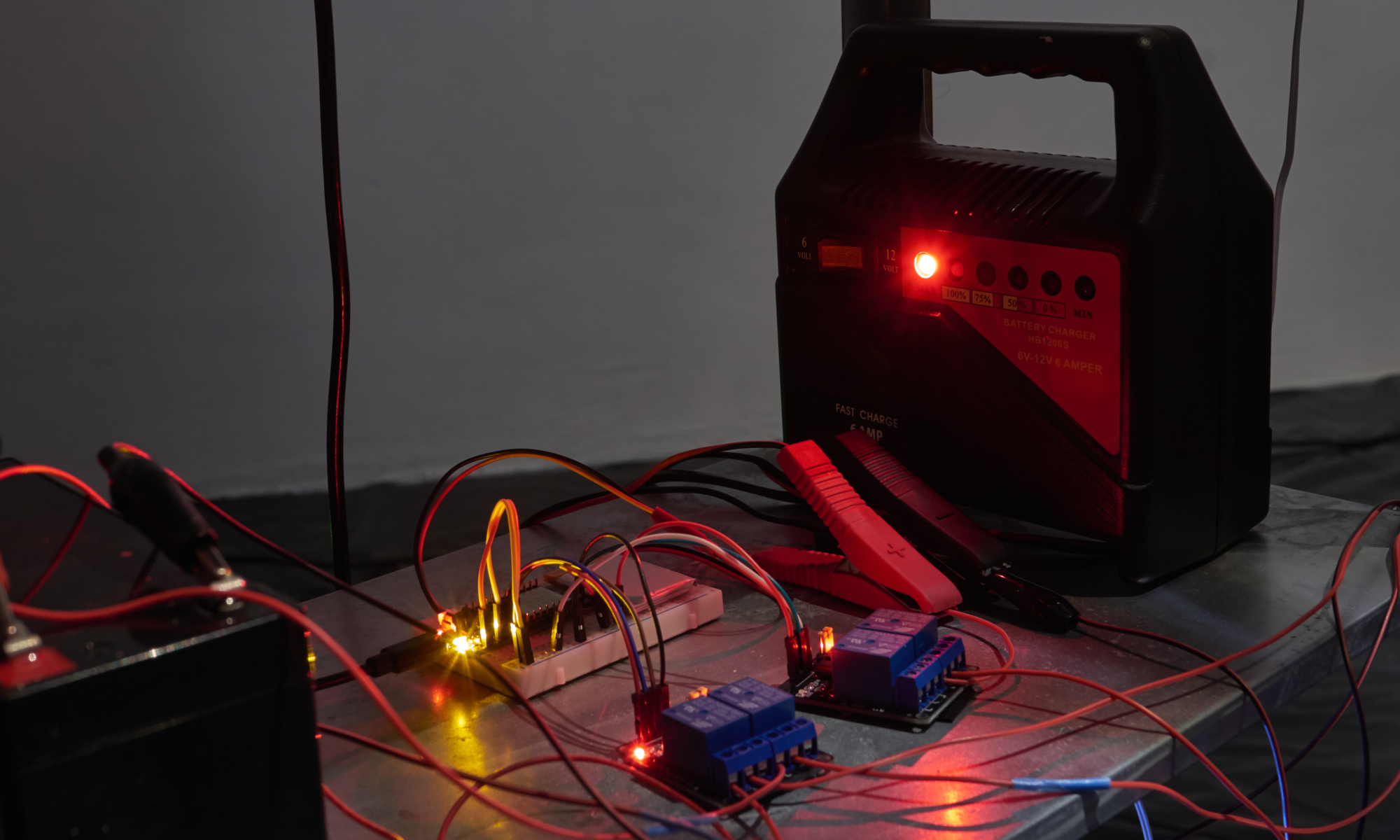 The modern world was built on industrial systems that run on fossil fuels, and we base the infrastructure of the future on the Earth’s remaining deposits as well. With global digitalization, systems become more complex and we dig deeper into our planet’s insides for the rare substances maintaining this…
The programmed installation on display at the MŰTŐ exposes a sensitive and vulnerable system of linkage and dependence.

The installation presented at MUTO gallery reflects on the fragile relationship between society and its inhuman environment. The exhibited object is a functioning heating-system, which in its aesthetics mimics the rigid, functional design of industrial equipment. The automated operation of the object is determined by the data flow captured from the London Metal Exchange. The software tracks the forward contract exchanges of the three metals represented in the installation. These metals are not only important for the machine industry, but also serve as indicator materials for multiple rare metals. Reacting to market movement the object produces an audio-visual representation of the data and shifts its appearance by wrapping itself with seemingly organic materials.

The relationship between the selected traded materials and these rare-earth metals can’t be explained on purely geological grounds. Emerging industries – like the microelectronic industry – finding use for and thus showing great interest in previously discarded materials is a common reoccurring story. The cyclical life of mines – depletion, shutdown, reprofiling, reopening – serves as a perfect metaphor for how the technological know-how to extract, purify and make use of these materials have become increasingly centralized and inaccessible throughout the different stages of the industrial development. Control over this knowledge is shaping research, technological innovation and consumer culture.

The installation addresses the relationship of mining operations and techno-scientific environment in a critical manner and aims to reflect on the all too common perspective of seeing science and technology as an objective and neutral entity. This view neutralizes their sociological and cultural implications while in reality, accessibility and distribution of knowledge is a key issue of contemporary society.

The DIY movement represents a promising alternative which champions repairability, hackability and convertibility to counter these processes and decompose their “meticulously designed” shell. These DIY values and methods have played an important role in the creation of the exhibited objects. The mechanical parts and operational basics are based on several different, publicly available amateur tutorial videos. By re-enacting this process the installation becomes a repurposed replica in which the gestures of copying, making, and sharing are incorporated into one.